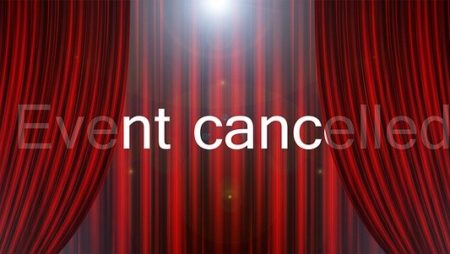 Following the UK government's decision to restrict public gatherings, Bongo's Bingo has confirmed the postponement of a number of their forthcoming events.

Whilst the postponement is perfectly understandable considering the spread of the coronavirus, there was anger from the owners of Bongo's Bingo saying the UK government did not have the backbone to enforce venues, bars and clubs from opening.”

The anger came after Prime Minster Boris Johnson's advice to the country to avoid bars and theatres and mass gatherings. Importantly, the PM didn't enforce closures of entertainment venues. Jonny Bongo‘s anger has been shared by many in the entertainment and hospitality industry who will inevitably suffer from the decision. Already in Ireland alone, an estimated 140,000 people have been laid off in the tourist, hospitality and entertainment fields, with far more expected in the UK.

Awaiting further government clarifications, Bongo's Bingo has decided to postpone all of their events for the coming week, including St Patrick's Day specials featuring B*Witched  this weekend as part of Bongo's Bingo's Paddy Fest.

“We want you all to know that your health and safety is always our priority.

We have been inundated with messages as a result of the coronavirus outbreak and especially so after yesterday's announcement from the Government.

“We have now decided that despite the government not having the backbone to enforce bars, clubs and venues from opening, the right thing to do to prevent the disease and protect our customers is to postpone all shows from today for 7 days (until March 24) – pending some actual definitive advice from the government.

“A lot of customers are getting in touch asking us to please go ahead as they need some escapism from what's is happening. We understand the situation is confusing and worrying for everyone. Basically with the government now advising people not to go to gatherings – but not enforcing this as law – it means there is no way of claiming huge losses which will close down a lot of businesses.”

It is understood that those with tickets for the dates affected so far will be given a credit equalling the value of the tickets. The credit can be used to purchase tickets for alternate locations and dates of their choice.