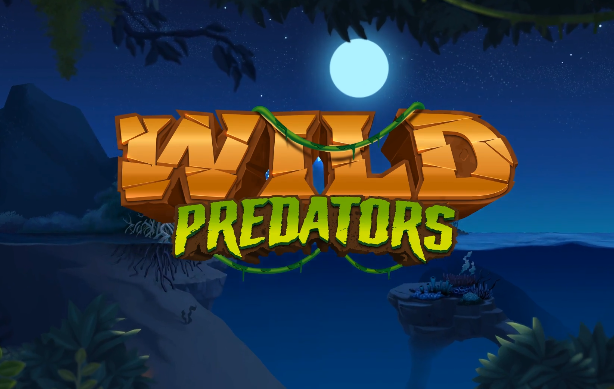 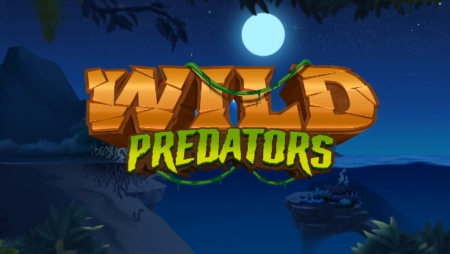 The game is filled with dangerous animals, free spins, and a recorded win amount which can retrigger during the bonus feature.

Ready to sink your teeth into this slot overview? 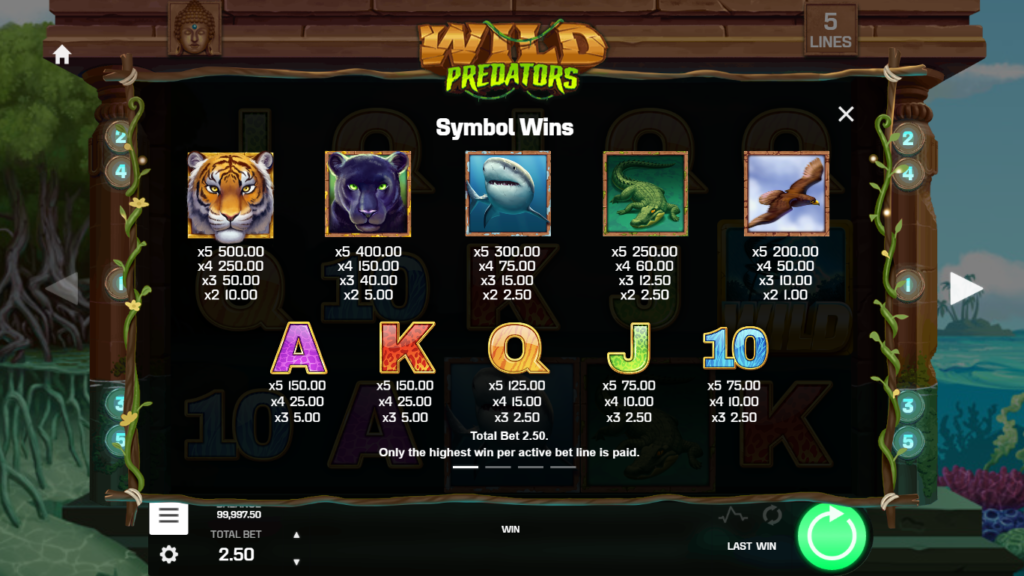 The 5 high paying symbols are all dangerous predators which hunt on the land, sea and air –  so watch your back! To earn a payout from high-paying symbols you only need to match 2-5 on a single payline.

Payouts for the royal symbols A-10 starwhen you match at least three symbols on a payline. 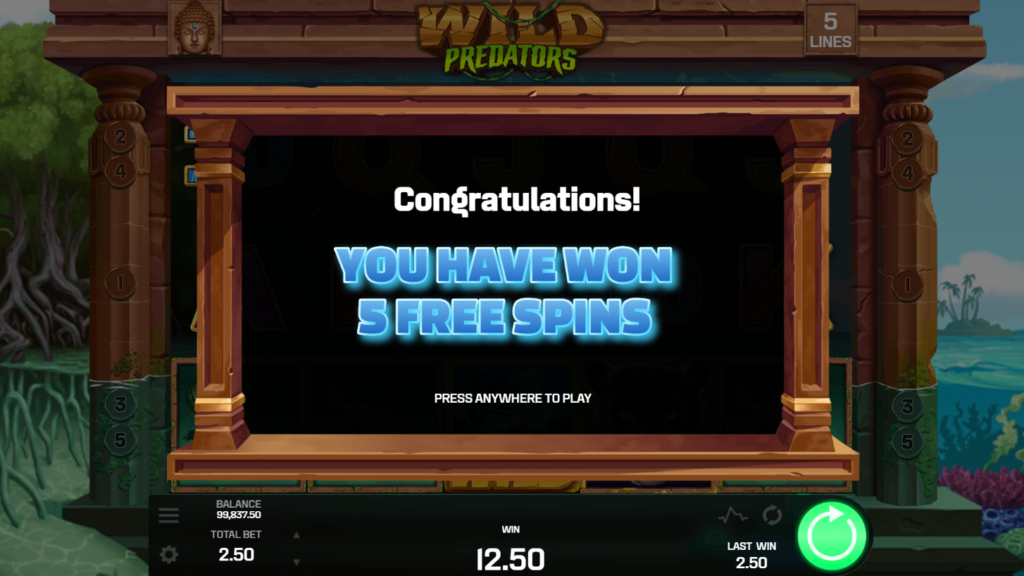 To trigger the free spins feature, form a winning line with two matching animal symbols and a wild symbol. Trickier than it sounds as wilds only land on the reels, 2, 3, and 4.

You'll start the feature with 5 free spins, and your win amount is recorded by a special statue symbol. Every time this special symbol lands in the feature it'll payout out the recorded win amount. If you win a higher amount, it will overwrite the amount.

Each time a wild symbol lands on the reels during the feature, you'll also receive an additional free spin.

Wild Predators is a game which packs a bite, repeat big wins and re-triggers available.