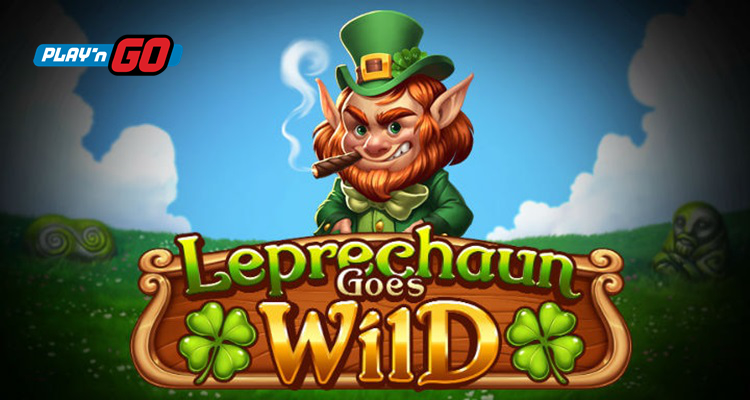 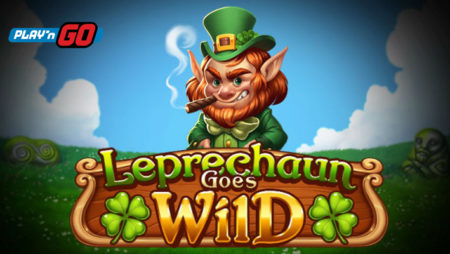 The game's theme is clearly influenced by Leprechaun mythology, as the reels and background are set in a mystical countryside, and the symbols are various lucky charms, including some personal items of the Leprechaun. 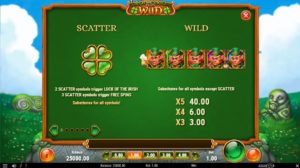 There are five reels, four rows along with 20 fixed paylines. This video slot also has high volatility, with an RTP of 96.2%. 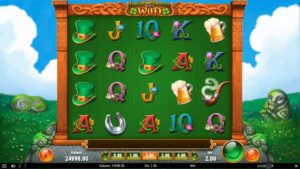 Leprechaun goes wild features many of the usual online video slot game mechanics but does have some interesting twists on its bonus round.

The regular symbols range from lucky charms to some of the Leprechauns personal items such as a smoking pipe. And even the Royal card symbols have been draped with flowers.

Several Leprechauns are acting as Wild symbols which substitute for all standard paying symbols. They can appear on all reels and have their own payout rate for matching at least three on a payline.

To trigger the Luck of the Irish bonus round you need two scatter symbols to land on the reels, which look like four-leaf clovers. 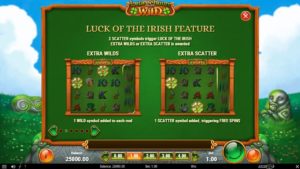 During this round, there are two possible features:

Also during the round, wild symbols are sticky, remaining in place, and each wild visible awards an extra re-spin.

The max win available during this round is 10,000x your bet.

CEO Johan Törnqvis commented on the game's release and the importance of release slot games with a fresh take on familiar characters and gameplay:

“Players feel a connection with some of our most beloved characters; Hugo, Rich Wilde and the Leprechaun, so it's always worth revisiting them to bring a familiar face from a fresh perspective.

It's important no to rehash the same old scenario in a game; otherwise, there's no point. We want to make sure we give players MORE, even when dealing with a character they're already accustomed to.”