Buzz Bingo Readies With Bacon Butties and a Nolan Sister 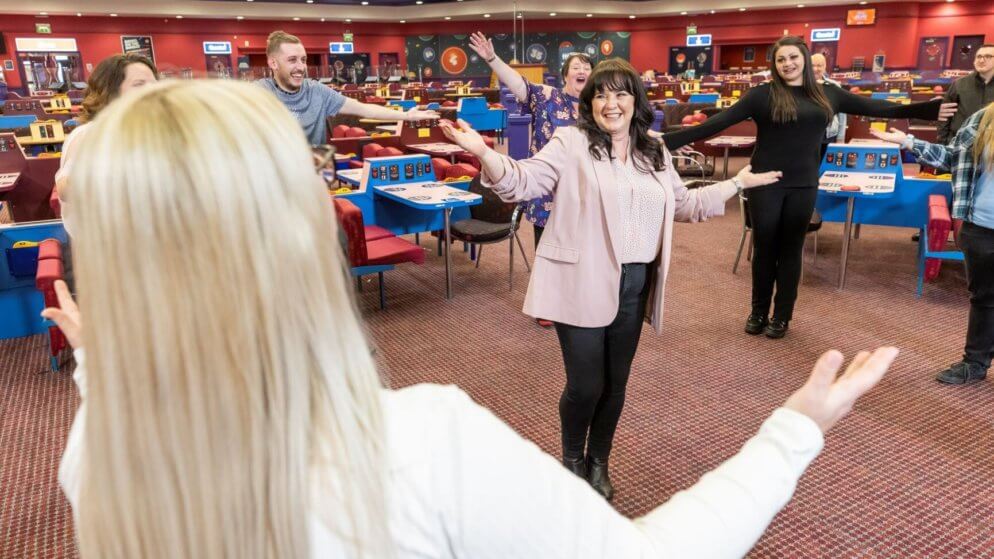 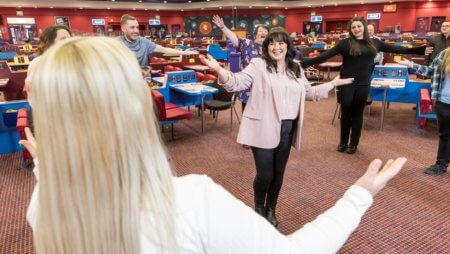 Coleen Nolan retrains Bingo Callers ahead of reopening on the 17th

With just one sleep to go till the big day, Buzz Bingo, the UK's largest retail bingo operator will reopen its doors across its 91 clubs nationwide after more than four months of being closed.

In what has been a very difficult period for the Buzz Bingo chain, which has seen a huge number of Buzz Bingo clubs closed, Buzz is putting an ‘annus horiblus' behind them . This last 18 months has seen Buzz go through voluntary bankruptcy, closures and being sold. However, that is all in the past and now it is time to look forward to playing the wonderful game of Bingo again.

To ensure that the reopening is something special, Buzz Bingo has enlisted the help of the popular TV presenter and singer Coleen Nolan. Coleen has been training its bingo callers who may be a little ring rusty so they can rediscover their bingo calling voice.

If Coleen Nolan-trained bingo callers are not enough, Buzz Bingo will be giving away free tea or coffee and breakfast, including bacon sandwiches, in all of its bingo venues between 10am-11am tomorrow on Monday 17th.

“We’re so excited to open our doors again next week. It’s been a long time coming and given the role our bingo clubs play in local communities, we know it’s incredibly important to people that they get to come back, enjoy a game and most importantly, catch up and socialise with friends safely.

“We also know that it’s going to be strange for our presenters to stand up there in front of a room full of people and host a game again. That’s why we’re working with the fantastic Coleen Nolan – to have a bit of fun and help them regain their confidence again”.

“I’ve always loved bingo so when Buzz asked if I wanted to help their presenters get ready for reopening, I said I’d be delighted.

“I know how nerve-wracking it can be standing up there and entertaining a room full of people. Believe me, it never gets any easier, but after almost a year of little to no socialising in large groups, it’s going to be ten times scarier.

“We had so much fun practicing our calls together – so much so that I’m going to be hosting my very own game in Buzz Bingo’s Fenton Club on the 17th of May – opening night!”.

Get yourself to Buzz Bingo tomorrow!