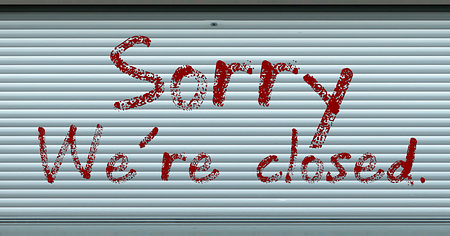 It never rains but it pours. Things are not looking great for Mecca Bingo. One of the UK's largest retail bingo chains, in its 60th anniversary year, could well close yet another club this summer.

Following the surprise announcement that Mecca Bingo Halifax will close permanently in August, the Rank Group-owned bingo company announced two more Mecca Bingo venues will close next month. Mecca Bingo Bridgwater and Mecca Bingo Plymouth are both facing the chop and joining them, it seems, could well be Mecca Bingo Andover.

Having occupied the building since the 1990's, the site was sold by Rank to an unknown buyer in September 2021. With its lease expiring, the bingo and casino company are “in consultation” about closing the bingo hall next month (August).

“We are currently in discussions with our team about the proposed closure of Mecca in Andover next month.

“Mecca Andover has been part of the local community for many years, and at this stage we want to say a huge thank you to every single one of our incredible customers who continue to visit the club.”

Having just closed Mecca Bingo Rochdale after nearly 30 years, the Rank Group has announced three more definite closures. The company says they are in consultation regarding Mecca Bingo Andover's future. However, it doesn't look good for the Hampshire club and other once-popular bingo clubs.

The Rank Group, owners of Mecca Bingo and Grosvenor Casinos, was hit hard by the pandemic and subsequent lockdowns. More than a third of all UK bingo clubs closed during or immediately after the pandemic. Now, with less-than-expected returns from both its online and offline businesses, the Rank Group has to balance the books and the target it seems is its retail bingo arm.  It would not be surprising if there were more Mecca Bingo halls to close by the year-end.