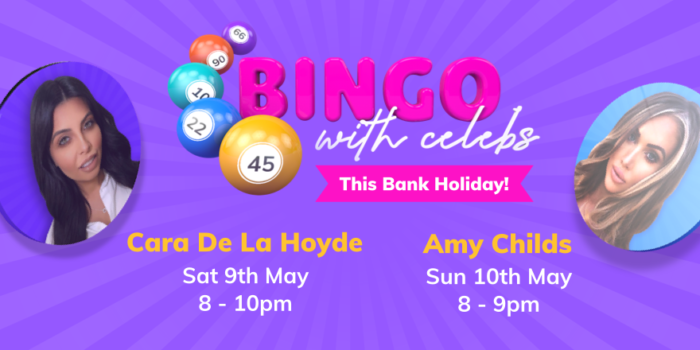 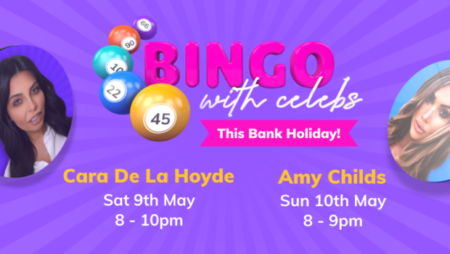 Amy, who rose to fame after appearing in the first two series of the ITV2 reality series The Only Way Is Essex, and then starred in her own reality series It's All About Amy from 2011 to 2012 will be joined by 2016 Love Island winner Cara De La Hoyde. The ex-glamour model who posed in a series of adult magazines and worked on x-rated channel Studio 66, is married to Nathan Massey, who she was paired with in the first episode of the hit ITV show.

Together, the two have a combined Instagram following of more than 1.7 million people.

Saturday nights session which starts at 8pm, will be hosted by Cara De La Hoyde. TOWIE star Amy Childs will take part in the Sunday game which also starts at 8pm.

Both sessions are expected to last an hour. New games of 90 ball bingo begin every 5 minutes and tickets cost 10p each. New players are required to make a minimum deposit of £10 before the game starts in order to purchase tickets.

All participants will have the opportunity to win real cash prizes, with jackpots starting at £20 per game. In total, almost £4,000 has been won at these MrQ celebrity bingo events with more cash to be given away to lucky dabbers this weekend.

The match between two of the UK's biggest reality TV stars and one of the UK's best bingo site‘s promises to be an entertaining weekend of bingo for MrQ players.

If you want to join in the fun, you can visit and register with MrQ here.