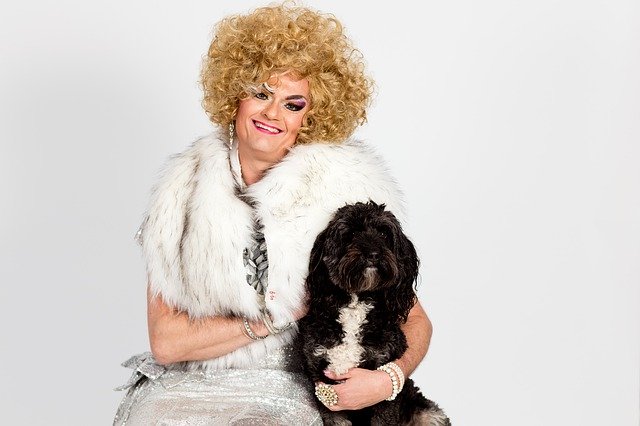 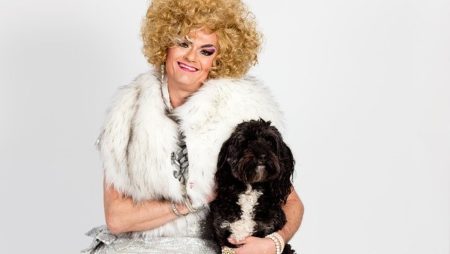 When it comes to Bingo, the UK is generally streets ahead of the world. Although considered an Italian invention, the Brits took to bingo like no other nation. Bingo became an essential part of local communities, with bingo halls packed out across the country. Even as offline bingo began to wane, online bingo usage soared in the UK. Then came the likes of Bongo's Bingo, Bonkers Bingo, Musical Bingo et al to provide fresh life and impetus into the offline bingo scene.

However, there is one form of bingo that is taking off in the US and Australia which has yet to grab a hold on our shores – No, not Chicken Poop Bingo (Thankfully) but instead – Drag Bingo.

For those that haven't experienced or heard of Drag Bingo yet, it is pretty much exactly what it sounds like. Drag Bingo is a glammed-up version of the classic numbers game. However, as you can expect it is a lot more risque, more adult calls, some amazing lip-syncing performances and of course tons and tons of glamour and glitter.

Whilst becoming more and more of a feature in the US, where bingo is still a game played in old folks home and church halls, Drag bingo is already popular in Australia. From the country that gave the world Priscilla Queen of the Desert, it is no surprise that drag bingo is taking off.

In 1999, Bingay was launched in Australia. On their website, they proclaim ‘Bingay is gay/drag bingo which means there's weird rules, hilarious penalties, outrageous antics, deliciously lewd calls, and fabulous prizes!' In their 20 years, Bingay has grown to be a much-loved Gay Sydney institution that raises funds for ACON, NSW’s leading LGBTI health organisation. All funds raised go to programs and services that support the health and wellbeing of LGBTI people and people living with HIV in NSW.

Felicity Frockaccino, a ‘Sydney-based Drag Queen, Lady Clown in a Gown and Master of Fabulosity’, launched ‘Drag Bingo’ at the Salisbury Hotel in Stanmore, Australia in 2017. Frockaccino told the Australian news outlet 10daily:

“Back then it was very blue collar and I kind of just put a proposal in and they said they were going to do some renovations soon and were interested in the bingo night,”

“So, we started Bingo at the Salisbury and it kind of just went crazy and grew!”

“Drag Bingo’s totally becoming a huge thing, especially in Australia. It’s been a thing for probably about 15-20 years, but is really coming into itself now.

“I think it’s partly because of the prominence of Ru Paul’s Drag Race and all the other drag-esqué things happening it’s magical, it’s amazing.”

Drag Bingo in the UK

Although some way behind our antipodean cousins, Drag bingo in the UK is catching up in popularity. Charlie Hides has appeared on the 9th season of the show RuPaul's Drag Race UK. He is known for his YouTube channel where he impersonates dozens of celebrities including, Madonna, Cher, Lady Gaga and Joan Rivers. His Drag Queen Bingo has sold out Hertfordshire, Buckinghamshire, Hampshire and Kent with his unique blend of jokes, sing a longs and camp prizes to be won.

Drag Bingo has a long way to go to replace the likes of Jonny Bongo and his Bongo's Bingo. However, the target audience, the venues and the general ambience of the bingo events lend themselves beautifully to the concept of Drag Bingo.

GlamSlam Opens Up on Drag Bingo

BingoDaily spoke to Teresa Tilly, MD of GlamSlam, one of the UK's leading entertainment agency's and by far one of the biggest in the UK Drag Bingo Scene.

We asked how much demand is there for drag bingo in the UK?  Theresa replied:

“Really popular there has certainly been a surge in both Drag Queen enquiries and Bingo coming into the mainstream so to put them both together is the perfect partnership for a great night out!”

When we asked what the typical audience for Drag Bingo was, Teresa, told us that the audience is:

Lastly, we quizzed Teresa on whether Drag Bingo could overtake Bongo's Bingo.

“Certainly not for now Bongo Bingo is a great concept, they are the leaders who re invented Bingo for the new generation and they have done this perfectly, but the Drag world is learning fast and they are a perfect combination for Bingo, so I will say Bongo Bingo watch your back!! You never know….”

You can catch up on the latest Glam Slam event or book one of their acts here.

Get Yourself to Drag Bingo

If you are a bingo fan and haven't yet experienced the fun of Drag Bingo, it's about time you changed that. The team here at BingoDaily expect to see a lot more about Drag Bingo in the UK bingo news over the coming months.