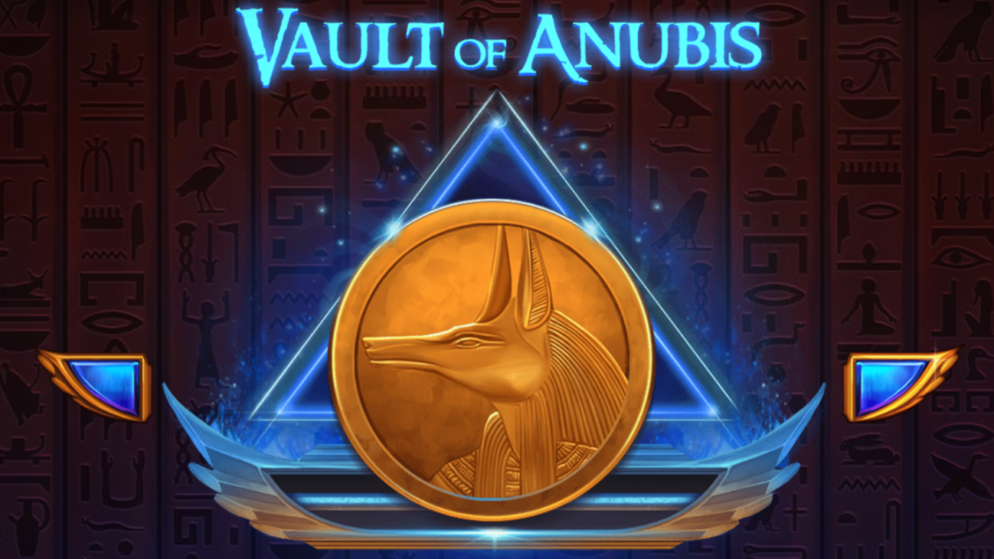 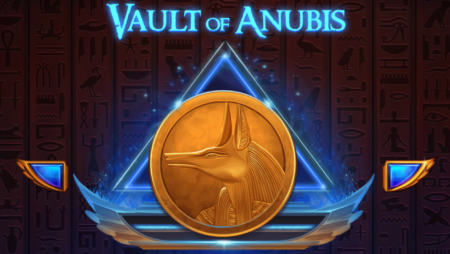 Vault of Anubis is a cluster-based game, where the action takes place on a 7×6 grid with a max prize of 5,000x and a free spins bonus round with unlimited multipliers.

Doing away with paylines, Vault of Anubis instead uses the cluster mechanic to award payouts. You need at least five more matching symbols to land adjacently on the reels, either horizontally or vertically.

The game also features cascading reels. All symbols that are part of a winning combination disappear and new symbols drop down onto the reels. The cascade will trigger with each winning combo until no more combinations are formed.

At random times, super-sized high paying symbols will drop down onto the reels to assist in creating winning combinations. They can appear as either a 2×2 symbol (taking up four spots on the reels) or a 3×3 symbol (taking up nine spots).

Keep your eyes on the statues on both sides of the reels. Randomly they'll spring to life and lay down extra wild symbols on the reels.

The free spins round in Vault of Anubis is aptly named Vault Spins. To trigger the Vault Spins you'll need 4x Vault Spin symbols to appear on the reels.

There's also a progressive multiplier which activates during each cascade that has no limit. BUT, it resets after the cascade sequence to the base rate.

Landing more Vault Spin symbols during the bonus round will reward you with more free spins.

There are 9 regular symbols in Vault of Anubus. The four high paying symbols are Anubis, the Eye of Horus, a Crook and Staff, and a Scarab beetle.

The low value symbols are Egyptian-themed playing card suits, and a gold ring.

What Red Tiger said about Vault of Anubis

“Vault of Anubis is Red Tiger’s attempt at delivering a math model and feature set that the industry has familiarised itself with over the past few years, and repackaging it as a grid slot. We believe this combination is very engaging and the grid slot model allowed us to communicate the feature set very well.”

“The game’s popular theme and mechanic, coupled with the opportunity for a max win of 5,000x the stake, makes travelling back to ancient Egypt an adventure that’s truly worth experiencing.”