Today is Blue Monday: Are You Ready?

Home » Today is Blue Monday: Are You Ready?
News 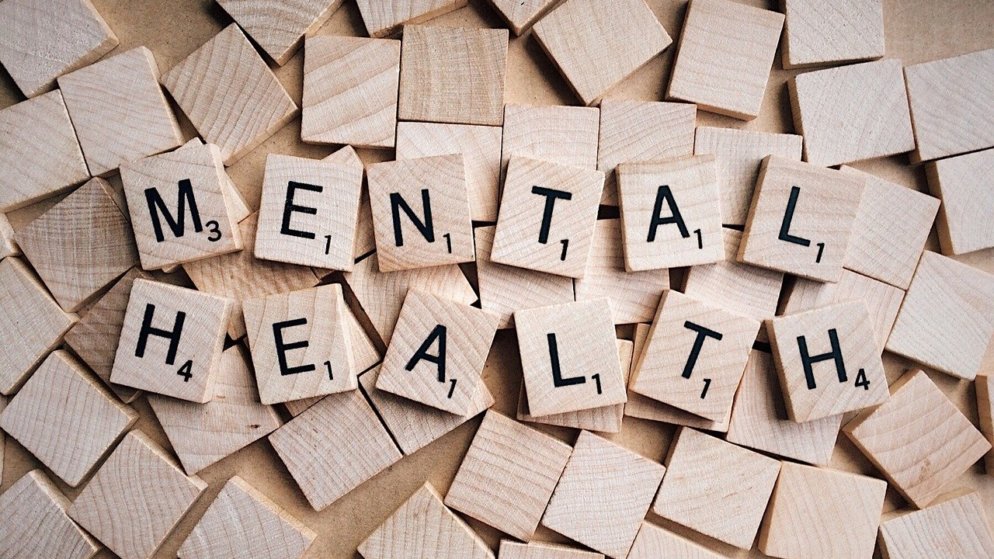 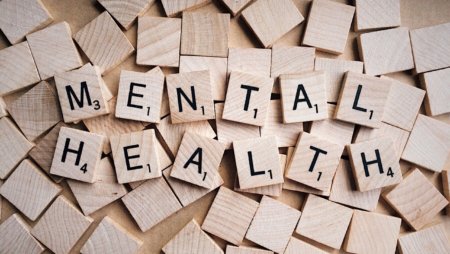 Today Monday 18th January has the dubious distinction of being Blue Monday.

What is Blue Monday? – Blue Monday is the name given to the day that is considered to be the most depressing day of the year. It was first devised by Sky Travel in 2005 and used a series of calculations developed by academics. The calculation is made by taking into account a number of variants like weather, debt, motivational levels and over-spending at Christmas.

Blue Monday normally occurs on the third Monday of every January.

Although not an exact science and considered a pseudoscience by scientists, and dismissed by mental health charities as distracting from year-round metal health issues, depression and poor mental health are very real.

“As December’s credit card bills hit the letterboxes at the end of January, the reality hits that many people will have overspent on their credit card over the festive period and will struggle to meet their minimum payments. Typically credit cards have relatively high-interest rates, often in excess of 17% APR, so if they are not paid in full each month interest and charges can quickly spiral out of control.”

Buzz Bingo, the UK's largest retail bingo operator, commissioned a survey of over 2000 Brits, which shows that Brits are lonelier than ever before. With nearly all of the UK under a national lockdown, there are very real concerns over people's mental health.

The survey revealed some interesting and quite worrying stats. On average, the last time a person met a friend was four months ago and we haven’t seen family for three-and-a-half months.

Millennials are feeling the effects more than any other generation, with a staggering 74% saying they’ve felt lonely during the last year compared to the 57% national average and 45% of baby boomers.

Meanwhile, when it comes to different parts of the UK Londoners are feeling the loneliest, with 71% saying they’ve felt alone during the coronavirus pandemic – 14% above the national average. 48% of dwellers in the capital say this is because they live alone, more than anywhere else in the UK. Those living in Plymouth have felt the least lonely (39%). 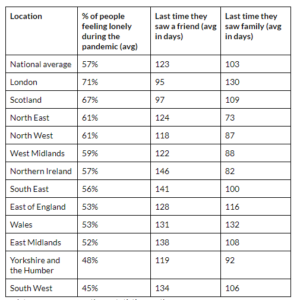 The survey showed that 45% of Brits feel anxious about elderly relatives and neighbours who can’t use technology to stay as well connected as other generations. Indeed, technology has played an incredibly important role throughout the pandemic, with 58% of Brits saying it’s helped them combat loneliness.

“Our clubs are at the heart of local communities. For many, not being able to go to their regular bingo game means that they may, in some cases, not be having any wider social interaction during this time.”

“Our customers are of paramount importance to us, especially their health and wellbeing. This is why we’ve introduced our Buzz Buddies scheme, to ensure that those parts of the community keep in touch whilst we’re apart.”

Dr Rob Hicks, who has partnered with Buzz Bingo to talk about the campaign, added:

“Understandably, not being able to get together with friends and family is having a knock-on effect on people’s mental health. As we go through another period of lockdown, it is so important we recognise this and look out for our family, friends and neighbours.

“That’s why I’m urging people to reach out to those in their community to ensure they’re communicating with others and so helping good mental health all-round. Initiatives like Buzz Bingo’s Buzz Buddies help people come together and look out for one another. I encourage everyone to pick up the phone or use social media platforms to check in with people you haven’t spoken to in a while and make sure they’re okay.”

What Charities Say About Blue Monday and What to Do?

Mental health charity MIND has previously spoken out about Blue Monday, saying it contributes to “damaging misconceptions” about depression and “trivialises an illness that can be life-threatening.”

“There is no credible evidence to suggest that one day in particular can increase the risk of people feeling depressed.”

“There are of course certain things that may make people feel down at this time of year, such as post-Christmas financial strains, broken New Year’s resolutions, bad weather and short daylight hours. However, depression is not just a one-day event.”

If you are feeling down, depressed or could do with some company here are some suggestions.