The 10 Most Popular Online Bingo Sites According to Google 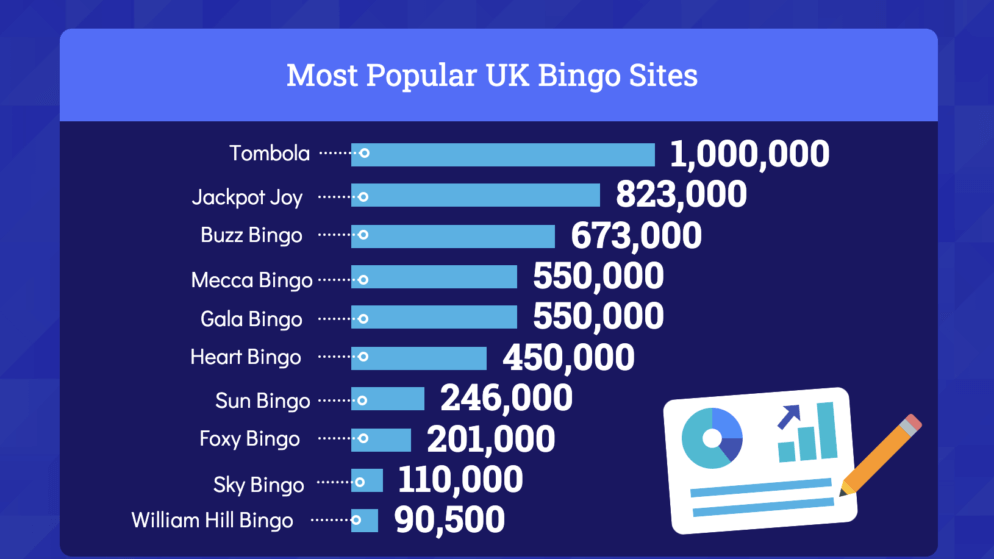 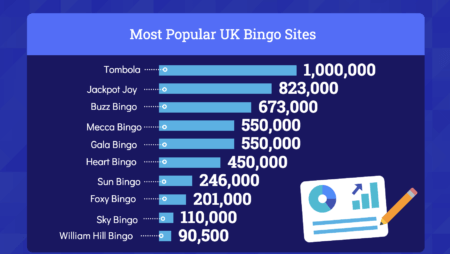 Last time we checked, there were hundreds of online bingo sites to play at. And as bingo halls continue to close, reopen, only to close again, it's not surprising that digital bingo has seen an increase in online activity.

So with online bingo trending once again, we here at BingoDaily wanted to settle the dispute once and for all: Who are the 10 most popular online bingo sites?

And to answer that question, we asked Google.

Here's how we did it

Unfortunately, we couldn't just email Google and get the answers. So instead, we decided to check which bingo sites had the highest number of searches per month. Google has many great tools like this available and by looking at the total number of search each brand received in November, we could identify who was the most sought after. Once we got to work it quickly became apparent that some bingo sites were massively popular, while others were still struggling to get more than 1000 searches per month.

As the numbers started adding up and we looked at the total number of combined searches, we realised you'd need all the residents of Birmingham, Liverpool, Nottingham, Sheffield, Bristol, Glasgow, and Leicester to ‘Google' one of these bingo brands to reach the total number of searches performed each month, a whopping 4,693,500!

But enough chit chat, let's check out the results so you can see for yourself who are the ‘best' online bingo sites.

Who are the most popular UK bingo sites according to search volume?

Tombola Bingo currently holds the number one spot with 1,000,00 searches across the UK and it's safe to say are the most popular bingo site right now. They have plenty of unique bingo games, a thriving community, a strong commitment to responsible gambling and cheap bingo tickets.

Jackpotjoy is another big online bingo site and is endorsed by none other than TV's ‘Take Me Out' Paddy McGuiness. Jackpotjoy uses the popular Gamesys software and you'll find lots of 75 ball and 90 ball bingo games, with tickets starting at 1p.

Coming in hot at number 3 is Buzz Bingo. Players here can expect no wagering on all bonuses and promotions, a wide range of games, plus some exclusive rooms you won't find anywhere else. As BingoDaily has reported, Buzz has recently been agreeing on a number of distribution and content deals, enhancing its online offering.

Mecca and Gala Bingo are tied with just over half a million searches each. Mecca Bingo runs on Playtech's Virtuefusion software and has lots of bingo rooms unique to them. This means you won't find them at any other Virtuefusion bingo site. If you're a fan of heading out and playing at a Bingo Club, you may familiar with Mecca already as they have clubs all over the UK.

Gala Bingo used to have a big physical presence with clubs all over UK high streets, but no more. If you want to play Gala Bingo you'll need to play online. Like Mecca Bingo their games are also powered by Virtuefusion.

Similar to Jackpotjoy, Heart Bingo makes use of Gamesys software to deliver lots of 90 ball and 75 ball games with themed rooms, free games, and you can even listen to Heart FM while playing bingo thanks to a handy built-in Global Radio Player. Just push the ‘listen now' button on the screen to tune in.

Did you know Sun Bingo is one of the oldest online bingo sites to launch in the UK? It's been around since 2007. To put that in perspective, that's the year Gordon Brown became Prime Minister and the fifth season of Big Brother was kicking off. Sun Bingo has changed their bingo software a few times over the years, originally starting with Tombola, before moving to Gamesys, and now using Playtech's Virtuefusion.

It's hard to say the word ‘bingo' and not think of Foxy Bingo straight away! Thanks to a bit of clever marketing that involved a large TV campaign and a charming mascot, Foxy Bingo enjoyed a lot of popularity. Foxy Bingo has moved from the Dragonfish network to Electraworks, which is owned by GVC, and is one of the nicest looking bingo sites around.

When thinking of the company Sky, your first thought might be Sky TV, Sky Sports, Sky News, but they've had a bingo site for years and enjoyed lots of success. Like plenty of other bingo sites, Sky Bingo runs on the popular Virtuefusion network and has an excellent mix of bingo and online slot games.

Possibly one of the largest sportsbook brands in the entire world, William Hill also has its own bingo site on the Virtuefusion network. You'll find lots of bingo rooms with 75 ball, 80 ball, and 90 ball games, plus lots of jackpots up for grabs as well.