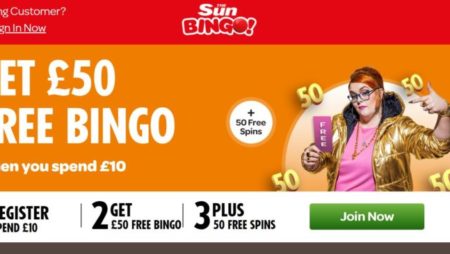 The Sun Bingo already boasts a number of exclusive mini-games including Lucky Emeralds, Mystic Meg, Midnight Wilds, and The Sun Winning Headlines. Now, there is a brand new bingo game that combines all the fun of bingo with the fast-paced excitement mini-games offer.

When and How to Play ‘The Bingo Ball'

Exclusive to The Sun Bingo, ‘The Bingo Ball' can be played every day between midday and 23.59. The game uses the 80-ball format which is becoming an increasingly more popular alternative to the more traditional 75-ball and 90-ball game variants.

Tickets cost between 5p and 50p and you can purchase up to a maximum of 4 tickets for every ‘The Bingo Ball' game.

There are a number of different ways you can win playing The Bingo Ball at The Sun Bingo. Each ticket has 16 numbers and prizes, including some exclusive jackpot prizes, can be won with vertical, horizontal, or diagonal lines and by forming a square by marking off the four numbers in the tickets' centre.

For further details on and to play at one of Britains most popular bingo sites new ‘The Bingo Ball' game, visit The Sun Bingo