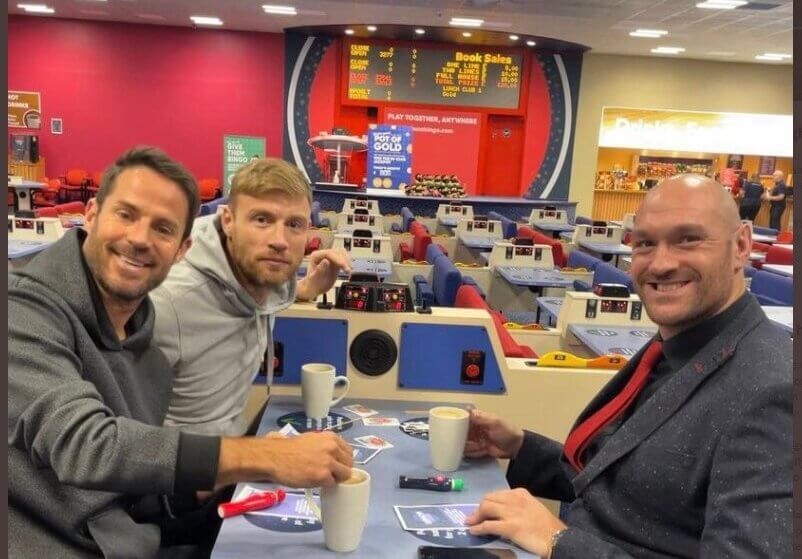 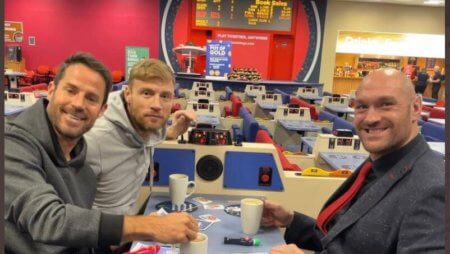 Imagine sitting down for a cheeky game of bingo one quiet weekday afternoon and seeing not one, but three English sporting legends on the table next to you.

Well, for some lucky starstruck dabbers at Buzz Bingo Morecambe, they were faced with competing with none other than Lancashire's own cricket legend, Andrew ‘Freddie' Flintoff,  World Champion boxer Tyson Fury and former Liverpool, Spurs and England footballer Jamie Redknapp.

The trio of sporting greats recently visited Buzz Bingo in Morecambe to record a new episode for the Sky One comedy panel show A League of Their Own.

The three hugely popular sports stars were shown in a video on the Buzz Bingo Morecambe Facebook page singing Don McLean's American Pie by Don McLean after playing a game of bingo.

The video can be seen here.

Newly remarried Jamie Redknapp, 48, wrote: “Bingo and with the big man and champion of the world. Coming soon.”

England cricket hero Flintoff, 43, posted: “Just three lads playing bingo in Morecambe. What a day me and @jamie.redknapp have had with the @gypsyking101, legend.”

We are pretty sure that if Tyson Fury called ‘House', no one would argue!