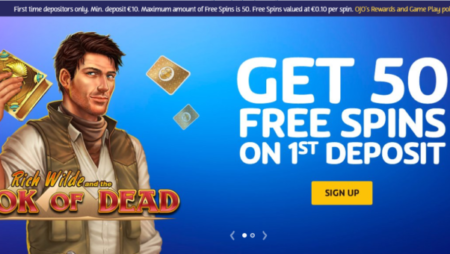 PlayOJO, one of the UK's top online bingo sites, has launched a new advertising campaign in the UK.

Launched with the purpose of increasing its presence in the UK, PlayOJO's new campaign is centred around “Madame OJO,” – a unique mascot character crafted by the company in an attempt to communicate the iGaming “joie de vivre” which the bingo and casino brand calls the “OJO feeling.”

The ad campaign is being launched with a new tagline, “Feel the Fun,” The casino and bingo brand's campaign has already launched in the UK via TV and digital platforms. Next, the campaign will be launched in Spain.

Commenting on the new ad campaign which is in collaboration with McCann Demand , PlayOJO global head of brand Peter Bennett said:

“We want PlayOJO to become the brand famous for making the player experience as fun as possible, and for doing more of the stuff we know players love.”

Earlier this year, PlayOJO crossed swords with the Advertising Standards Authority which deemed the company’s “Hot or Cold” ads to be misleading. The ASA said of  their ads:

“the feature gave an indication of the recent performance of the games, but did not have any bearing on what the games were likely to pay out in future.”

“The ads gave erroneous perceptions of the extent of a player’s control over a bet by using that feature, they could encourage gambling that was socially irresponsible or could lead to financial, social or emotional harm and therefore also breached the [CAP] code on that basis,”