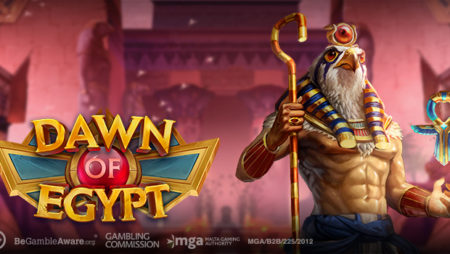 The game takes place inside an ancient temple, complete with an exotic soundtrack and sound effects, which include stone grinding on stone to help set the scene.

If you're looking for unique features or more than one bonus round, you may be disappointed. Play'n Go's Dawn of Egypt only gives you one bonus round to trigger – Pyramid Spins. It does have two levels to unlock and the possibility of unlimited retriggers, but will it be enough?

And the base game is pretty standard. There's no cascades, avalanches, multipliers, or sticky symbols to be found here. Is there enough to separate Dawn of Egypt from the best online slots? 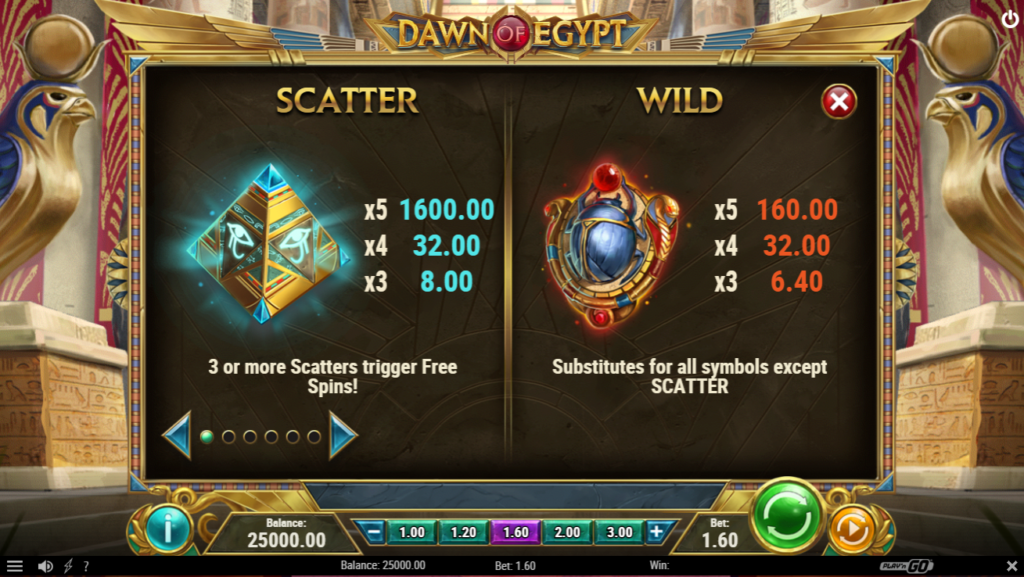 There are three reels, 3 rows, and 5 fixed paylines. This slot machine also has low volatility, with an RTP of 96.92%.

All of the symbols are Egyptian themed, with Horus the Falcon God as the most valuable regular symbol. But the most significant wins from the base game will come from the Pyramid scatter symbol which pays out 1000x your stake for landing five anywhere.

The rest of the symbols include:

Now the Wheel of the Gods will appear and start spinning. Where it lands will reveal how many spins you'll receive. You can earn between 3-20 spins. 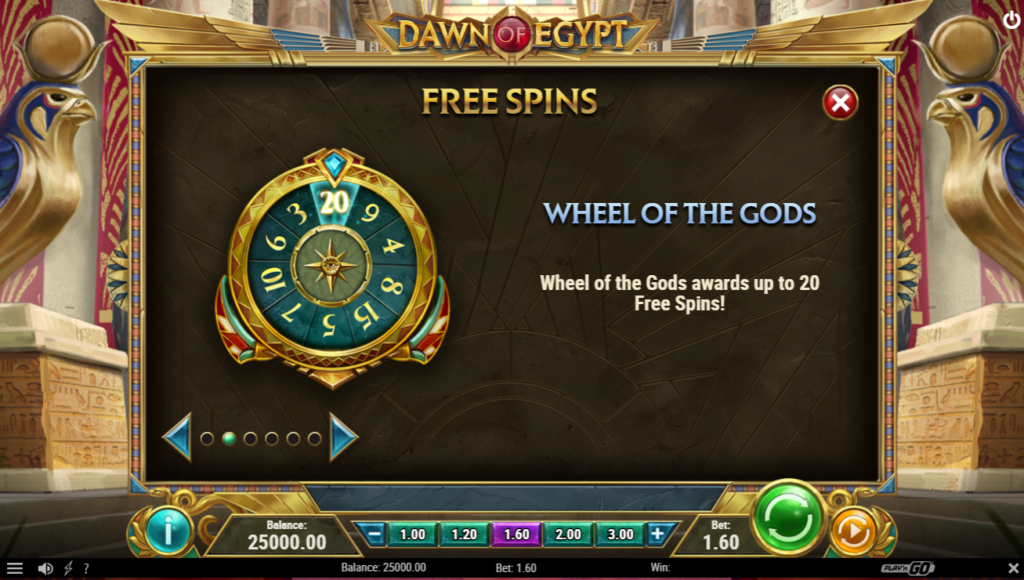 A random high paying symbol will also be selected randomly each spin, and all low paying symbols excluding the Royal symbols will transform to match it.

To give you a boost the Pyramid scatter transforms during the bonus round into a wild scatter, and you can retrigger the Wheel of the Gods when two or more appear on the reels. 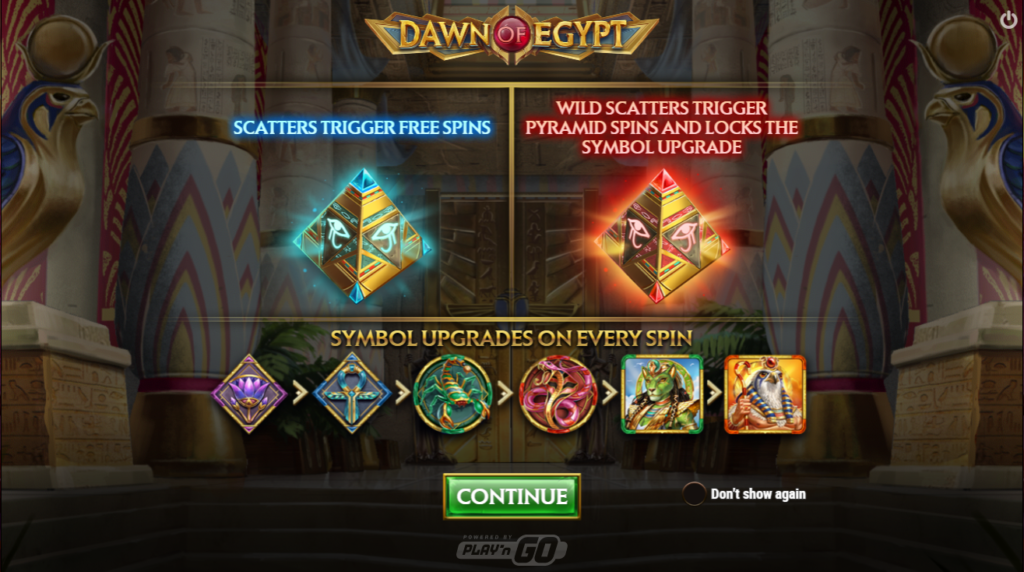 What Play'n Go said about Dawn of Egypt

“We have already given the market a lot of variety so far this year, and that will continue, but you also have to give your audience things they want, as well as showing them something new, it's a delicate balance and one which we respect in our plans.”