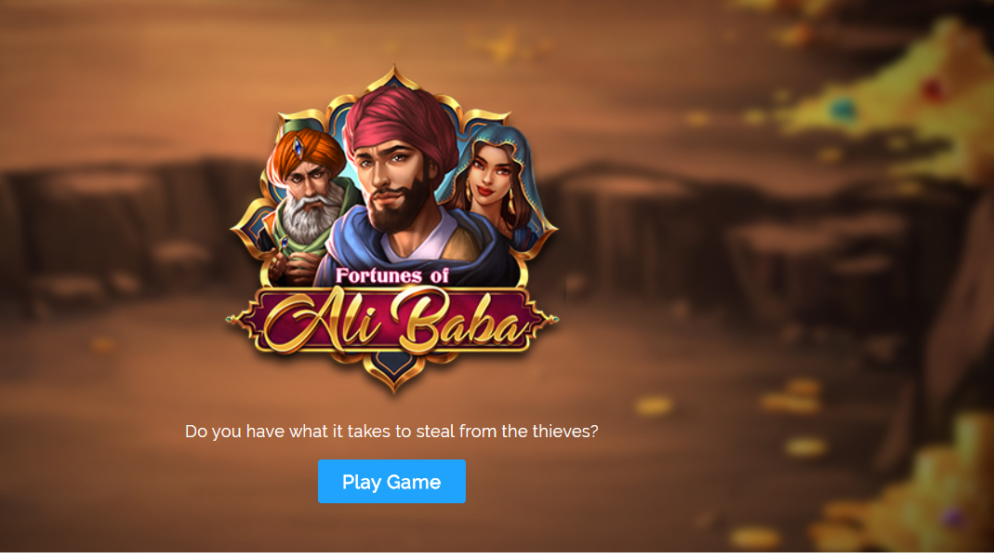 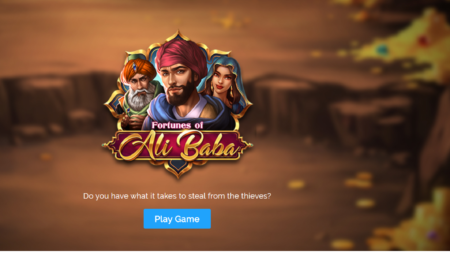 Play'n Go's latest slot release is an adaptation from the famous story of Ali Baba and the 40 thieves.

On top of the amazing story and gorgeous graphics, Fortunes of Ali Baba gives you not one, but two wilds, a pick-a-bonus round, no-cost spins and walking wilds. 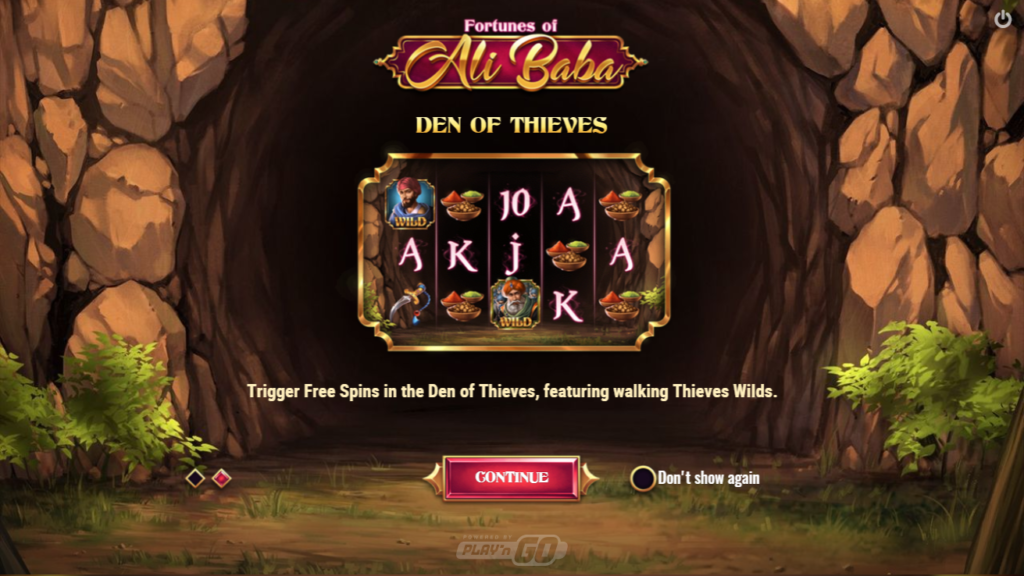 If you're at all familiar with the tale of Ali Baba, you may remember Morgiana, a pretty slave girl who saves his life and goes on to marry his son.

In the Fortunes of Ali Baba slot, you'll find that she's the game's scatter symbols and her role here is just as important here as it is in the story.

The game's bonus round, the Den of Thieves feature, can only be triggered when two Morgiana scatter symbols appear on the reels, specifically, reels one and five.

Perform this, and you'll be whisked away to a hidden cave where 40 notorious thieves keep their stolen loot, and you'll have your chance to grab some of the goods for yourself. 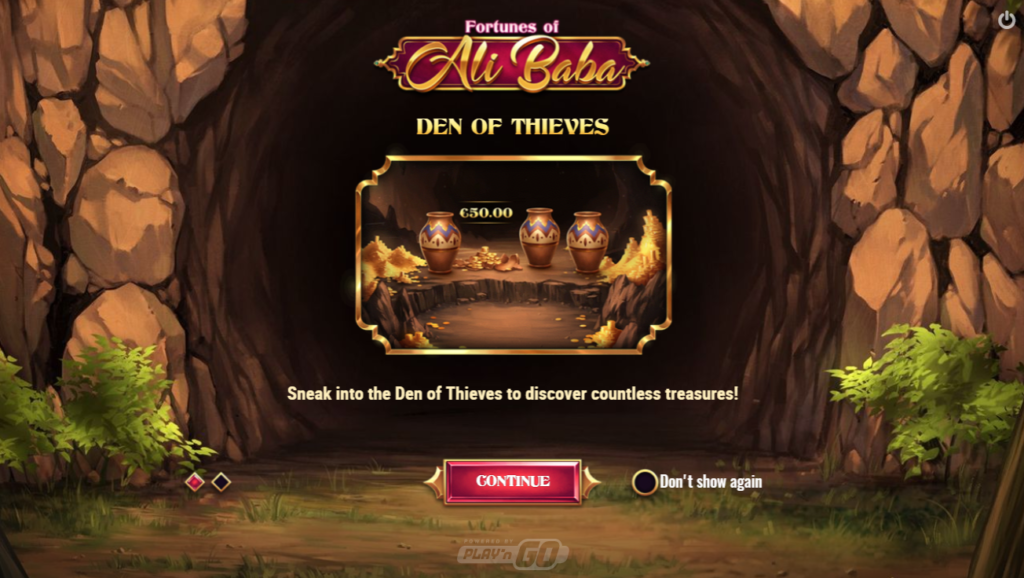 Picking a pot will reveal either a cash prize, a win up to 10x, or you'll be discovered by the thieves and kicked out of the cave, ending the bonus feature.

Every time you choose a pot with a prize, you'll gain a level, and earn the chance to select another pot, up to 5 levels in total.

Your goal here is to crack open only the pots with cash prizes, and if you're lucky – trigger the extra-spins round.

Extra Spins of Fortunes of Alibaba

If lady luck was smiling down on you and you chose the right pot, you'll start the extra spins round. You begin with eight spins, and you're guaranteed the wild Ali Baba symbol on every spin.

Landing a wild Thieves symbol at the same time triggers the Walking Wilds feature, where the Thieves wild moves towards the Ali Baba wild each spin, leaving a trail of more Thieves wilds behind.

This game of cat and mouse will hopefully leave wilds all over the reels, which can increase the chance for a stunning payout.

There are two different wild symbols in Fortunes of Ali Baba, and they're both the highest paying symbols in the game.

CEO Johan Törnqvist explained how keeping faithful to the story is important, he said:

“The story of Ali Baba is well-known and enjoyed by people all over the world. We wanted to take the most exciting elements of the story to create a fun game that people could enjoy playing as well as experiencing the most exciting parts of a well-loved story.

Story is a big factor in storytelling, and we want to give that to audiences, to increase their enjoyment and leave them wanting more!”