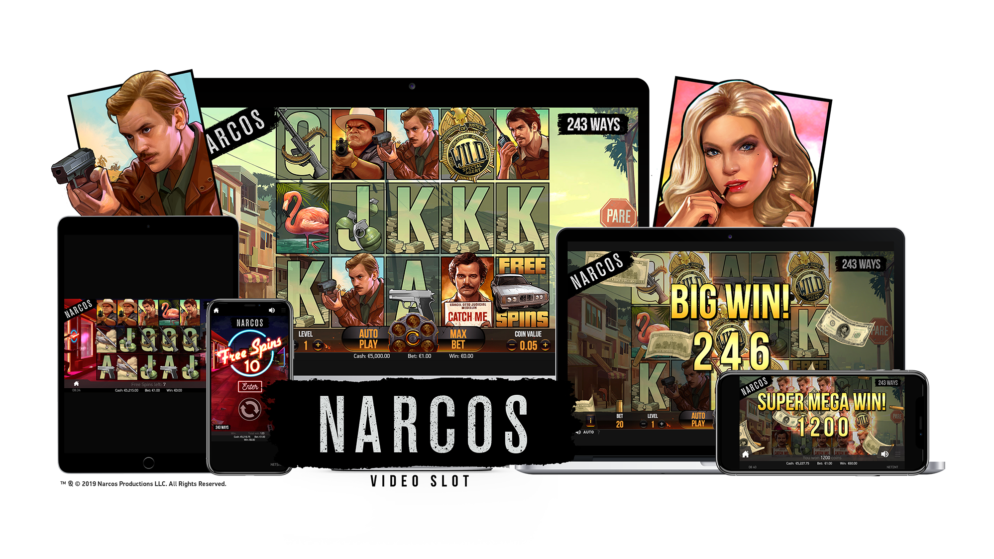 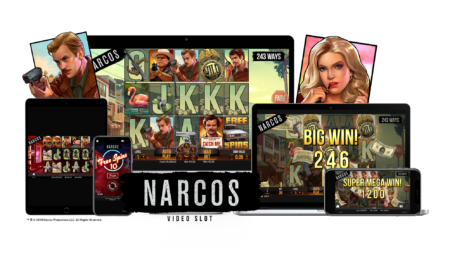 And then they teamed up with Netent to release a gripping video slot machine based on the hit program.

The show focused on the real-life stories and chronicles of both the criminals and law enforcement agencies as they battled each other in the war on drugs.

The show was raw and gritty, with a distinct 1980's flair. Does Netent's slot machine follow the same theme?

Those who have seen the show will be able to see the characters visual style echoed, though the violence was toned down along with the use of narcotics. Both are still present, but Netent wished to ensure the overall theme remained appealing to their audience, some of who may not enjoy aggressive violence. 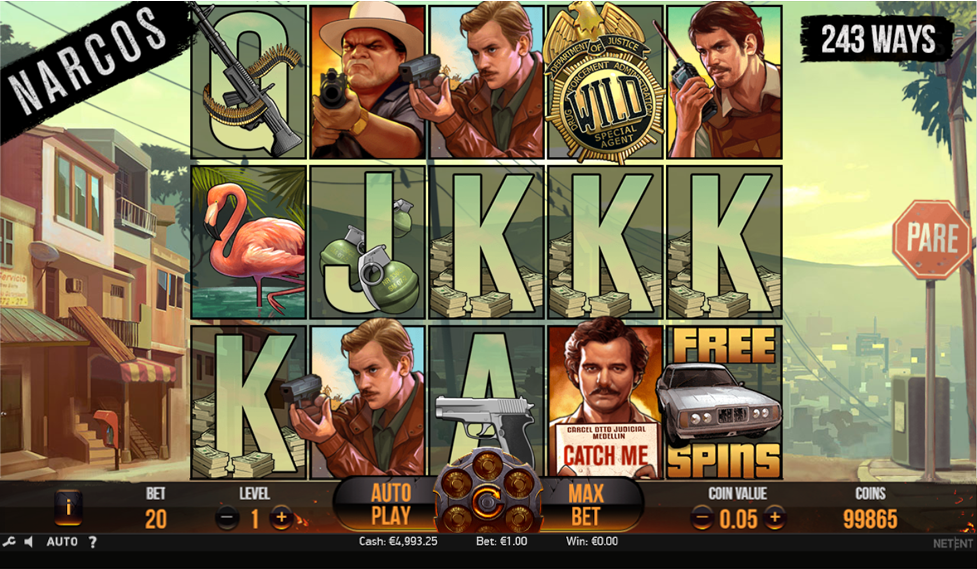 Netent's Narcos is a 5-reel, 3-row slot featuring 243 bet ways. It has a reported RTP of 96.23% and a medium-high volatility rate, similar to their recently released Dead or Alive 2.

Both properties will appeal to slot fans who enjoy the chance for big payouts.

A special WIld symbol that will stay on the reels during a winning round, and for the next spin, ‘walk' to the left.

When 3 or more Locked up symbols land on the same row, a random gold coin win will be awarded.

The free Spins bonus round will be triggered by at least 3 Scatter symbols landing on reels 1, 3 and 5. 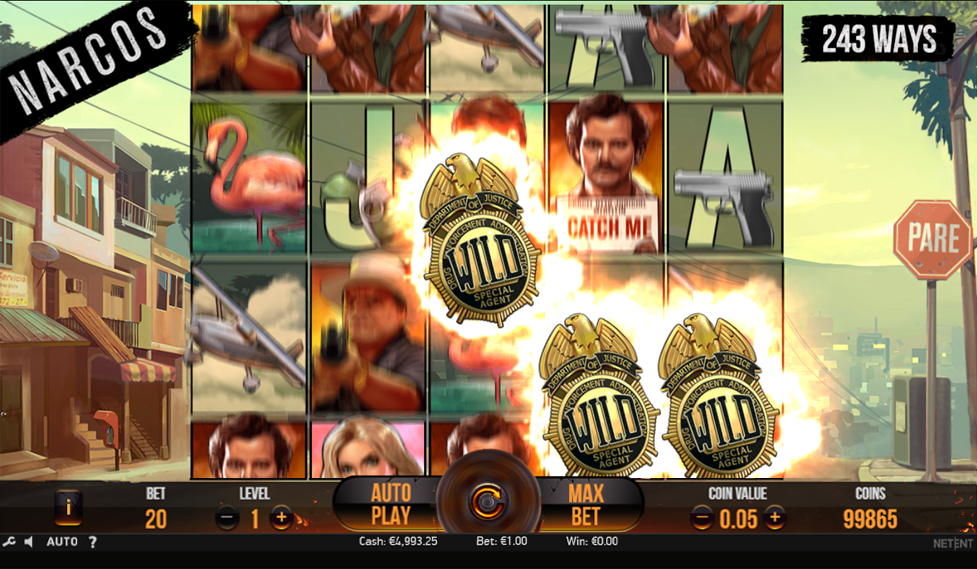 “Since we first announced the deal with Gaumont to bring Narcos to the reels, the anticipation among players and our operator partners has been huge. We are confident that the game will more than live up to its lofty expectations and add an exciting new option to our unbeatable branded catalogue,”

You can play the demo on your desktop and mobile here