Netent Finally Released Dead Or Alive 2 – But Is It Any Good?

Home » Netent Finally Released Dead Or Alive 2 – But Is It Any Good?
News 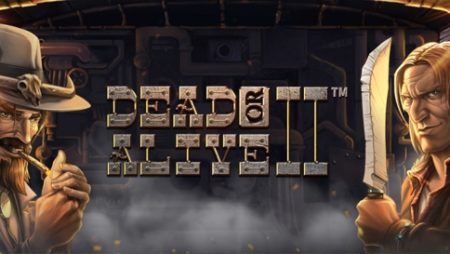 Dead or Alive 2 was finally released at Netent Online Casinos last month, but does it live up to its hype?

The much-anticipated sequel to the gunslinging classic is one of the most popular video slots games ever published.

Netent's goal with the sequel was to reboot the title into something bigger and better than ever before.

The high RTP and volatility remain, as do the 2500x payout on 5 scatter symbols and paying 2x for hitting 2 scatters.

The minimum bet is just 9p, and the sequel introduces three different free spin choices with varying volatility as well as new characters and improved graphics.

“We are incredibly pleased with – and proud of – the outcome of Dead or Alive 2 and are sure it will be a hit with those who love the original as well as a whole new generation of fans.'It's definitely a game for fans of high volatility.”

Since it's release Dead or Alive 2 has proven to live up to the hype and online casinos have recorded multiple large wins and high player activity.

The wins aren't as high as recent progressive jackpot winners due to the lack of a shared jackpot, but you don't have to bet high amounts to win a large payout.

Dead Or Alive 2 can be played at Vegas Spins