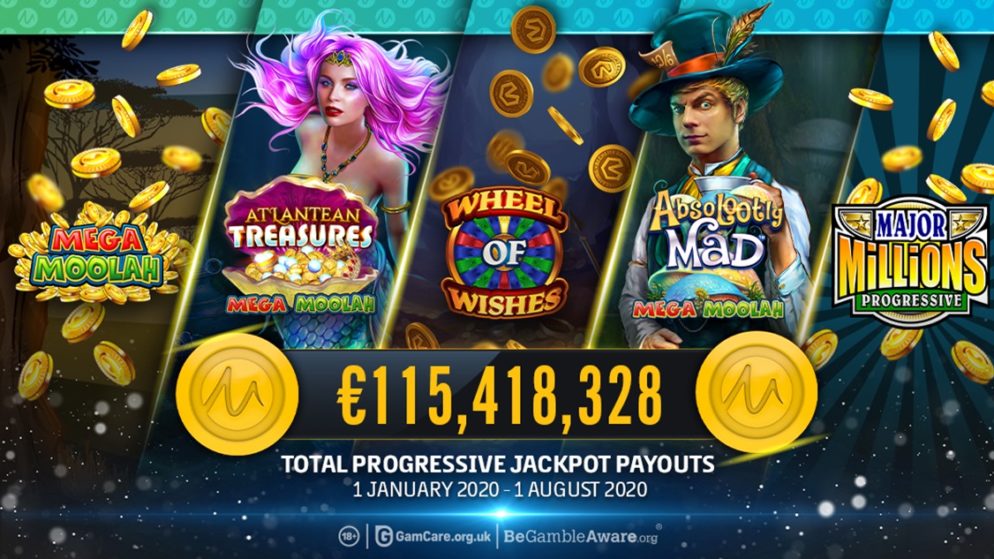 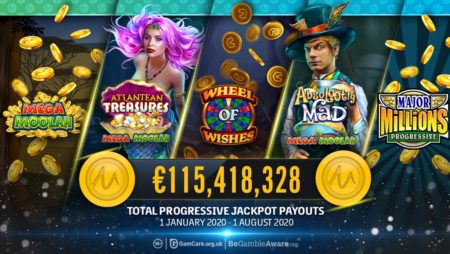 Island of Man based Microgaming know a thing or two about Jackpots. Their progressive jackpot network has paid over £1.1 billion since its inception and it looks like there's plenty more millionaires waiting to be made.

So far this year, eight players joined the millionaire's club after spinning the reels of Microgaming jackpot slots such as Mega Moolah and Major Millions.

The latest winner, a Sweden-based player, walked away with £13 million in August after making a £3 bet on Mega Moolah. Microgaming's progressive jackpot network wins are always paid out as a lump sum, as opposed to annuities.

The previous winner hailed from the UK, and walked away with more than £1.4 million after placing a £3 bet on the same game, Major Millions.

8th May – Shortly after its launch, Atlantean Treasures lived up to its name and paid out £7 million to a lucky player.

5th May – Absolootly Mad invites players to join the Mad Hatter and jump down the rabbit hole in search of gold coins and the jackpot bonus wheel. One player got more than bargained for after triggering the bonus wheel and winning the jackpot prize.

5th April – On a quiet Sunday afternoon, one player's life changed forever after triggering Mega Moolah's progressive jackpot and walking away with over £9 million.

What did Microgaming say about the large number of jackpot winners?

With total lifetime payouts exceeding €1.2 billion, Microgaming’s progressive jackpot network has had an outstanding year to date, driven by a number of new game releases, including Wheel of Wishes, Atlantean Treasures and Absolootly Mad. We look forward to building on this momentum over the coming months, hosting more feature-rich games that feed into our leading jackpots, which have paid out over €115 million across 2,571,389 jackpots so far this year – that's more than eight payouts every minute on average!

Microgaming will continue to add new games to their lineup of networked progressive games: