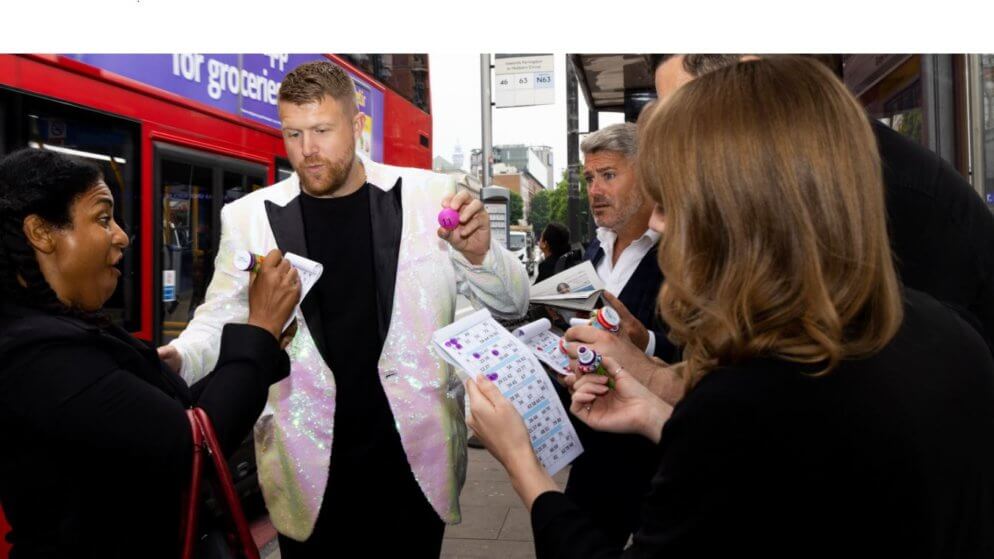 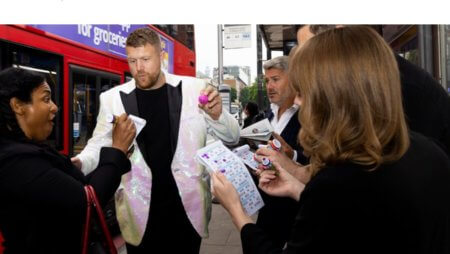 Whilst commuters battled nationwide travel strikes and delays, Mecca Bingo surprised passengers enduring the commute from hell with a spontaneous game of bingo from Mecca Bingo at King’s Cross and Euston stations.

Ahead of National Bingo Day this Monday, a Mecca Bingo caller, resplendent in a sequin jacket, surprised passengers by giving out bingo books and dabbers. Waiting commuters were happy to get involved and play an off-the-cuff game outside King’s Cross Station and on the forecourt at Euston Station.

With bingo balls in hand, Mecca ensured that, despite the stressful morning, commuters started their day with a smile and were in with the chance to win a fun prize. Up for grabs at the bus stops were shower caps, cocktail shakers, handheld fans, and more!

“We know this week has been tough for many commuters. People have faced long delays and travel disruption most days, so we wanted to help lift the mood and bring a smile to their faces. This Monday will be National Bingo Day, so we wanted to show commuters just how much fun bingo can be. Everyone’s invited to ‘strike’ it lucky and get involved whether they’re new to bingo or a ‘dab’ hand!”

The surprise games of bus stop bingo came ahead of National Bingo Day, which takes place on Monday (27th June) and are part of a series of events being held across the UK to celebrate the much-loved game and invite bingo virgins to give it a try.