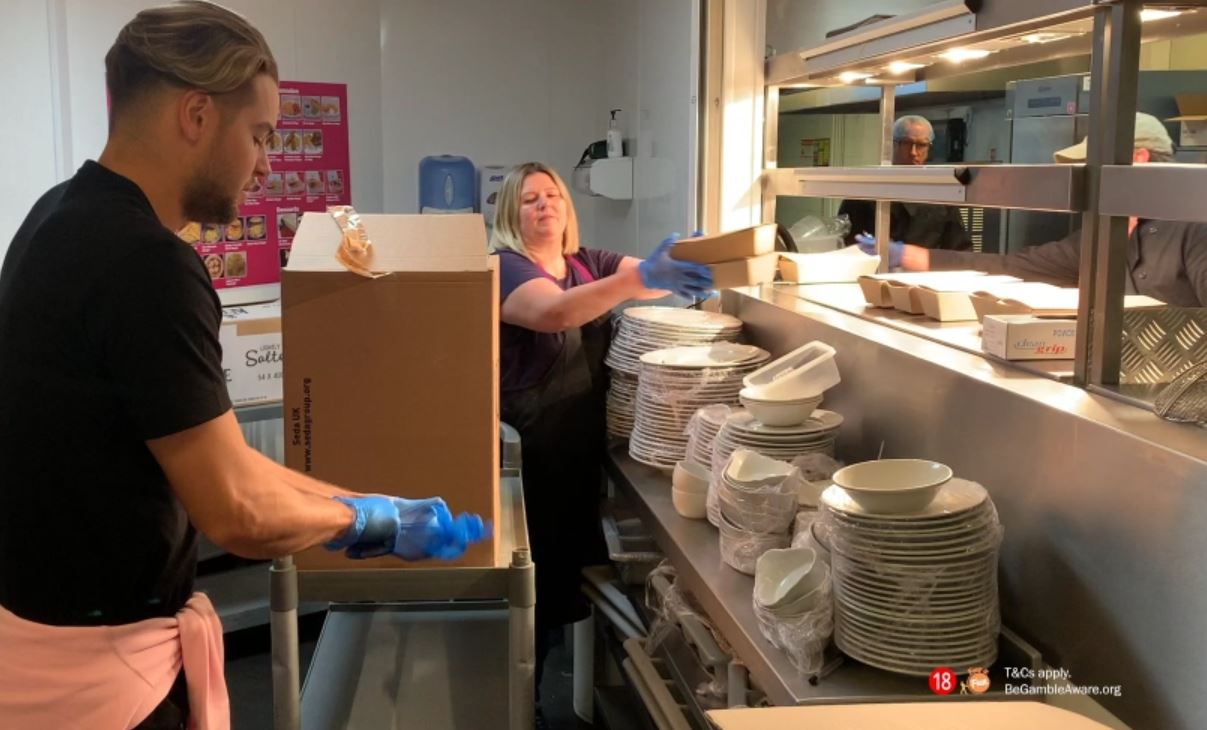 Chris Hughes, one of the stars of TV's Love Island in 2017, has teamed up with one of the UK's leading bingo operators – Mecca Bingo – to spend a day at Mecca Bingo Dagengam helping prepare and distribute food and supplies to the homeless and vulnerable in the area.

The 27-year old former footballer and now occasional TV presenter helped those in need, that have been affected most by the coronavirus pandemic, by serving up and delivering food.

The part-time model from Gloucester spent the day in Mecca Bingo Dagenham, Essex helping Mecca's staff to prepare meals and even deliver them to the most vulnerable people in the local area around Dagenham.

The volunteer work from Chris is the latest in Mecca Bingo's #MeccaTogether campaign. The popular bingo brand has been supporting organisations and charities across the UK to feed those most in need during this difficult lockdown period since it started in March.

Another initiative by Mecca Bingo was to Offer Free Car Parking Spaces to NHS Workers earlier in April. Meanwhile, kitchens across the Mecca Bingo clubs were opened up around the country in order to feed the homeless. In total, more than 50,000 meals have been delivered under the #MeccaTogether charity initiative since the lockdown began.

The reality TV star who once had a testicular cancer test live on This Morning TV programme and who split with Little Mix star Jesy Nelson shared a video on Instagram of the day's events.

You can see the whole video from Mecca Bingo of the day in their tweet below.

Our friend Chris Hughes dropped into our Dagenham club to lend a hand with #meccatogether – an initiative across our clubs to support key workers & local charities. So far our clubs have delivered a whopping 50k meals since the start of lockdown. pic.twitter.com/DDdWp7O3Ew

The short video Chris can be seen helping prepare food in the Mecca Bingo's kitchen. He is then seen packing up a van with boxed goods, which were shipped off to be delivered around Dagenham and the local area.