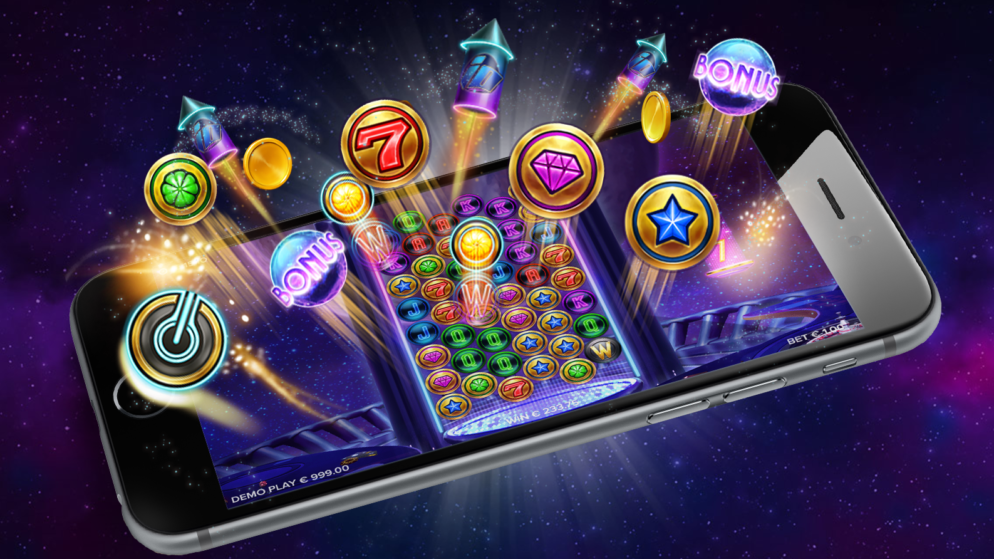 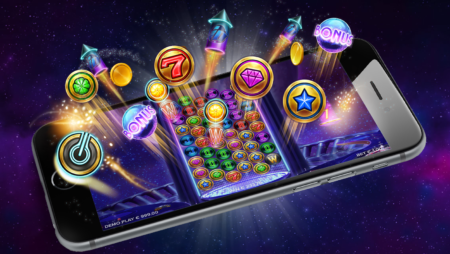 The sci-fi game takes place in an online casino space station in orbit around Jupiter. There are 4096 ways to win and winning clusters need to be on adjacent reels starting from the left-most column. The starting grid has 4 rows and increases with each avalanche.

You'll need to form a cluster of at least three matching symbols to earn a payout. The payouts however for matching three symbols are on the low-side, even for the high-paying symbols. You'll be relying on the game's modifiers and Avalanches to rack up big wins.

All the low paying symbols pay the same amounts and comprise A-J royals. Payouts range from 0.05x to 0.30x

Unlock the bonus round when three bonus scatter symbols appear anywhere on the reels. When activated, you'll play with 8 rows and charged wilds and wild forge symbols accumulate at the bottom between free spins.

Regular wilds will take the place of any regular symbol to help produce winning clusters and disappear once used.

Charged Wilds have four extra lives to spend on contributing to wins before it disappears.

After a winning cluster forms, all symbols that were part of the win are removed the grid making room for additional symbols. The grid also expands upwards to 8 rows in total. The Avalanche will continue to trigger as long as you hit consecutive wins.

When a laser symbol lands on the reels, it clears all symbols in the direction it's pointing. When two laser beams cross streams, all the symbols hit by lasers transform into wilds.

What Elk Gaming said about io

“Io is a universal slot with gravity mechanics that draws symbols left and right on their way downwards, bringing more of them into play. Rows are added for each win, up to 8 rows and 262 144 ways to win.”

We recommend The Sun Play