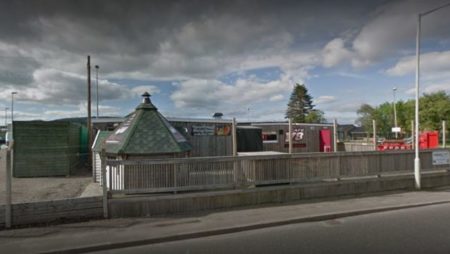 Despite many bingo halls up and down the country now open, there are still plenty of bingo halls closed and plenty of social restrictions in place affecting our bingo playing.

For the Café V8 on Henderson Road, in Inverness, lockdown restrictions have impacted more than just the catering business. Manager David MacDougall has been hosting regular bingo sessions throughout the year raising money for the local Hospice and other good causes.

However, this weekend, with restrictions in place, David took the game outside with its first car park bingo session. The fundraiser had been planned before the lockdown, but the popular city transport café stepped up by offering some in-car entertainment with a special bingo session in the car park in aid of Highland Hospice.

Before the event, David said:

“If it works, we will probably do a few in the future. As you can imagine, on the last 17-18 weeks charities have been hit hard in not being able to raise money, and Angie is very good for the Hospice, so we said this would be the first one,”

“Response has been good so far. We already have in excess of 20 cars. We are looking to raise £1000 and I think we will do that.”

Participants paid £10 per car and a further £10 per each person playing. Numbers were called through the PA system owned by the café and winners honked their car horns to announce HOUSE.

The good news for bingo fans in Inverness and for the local hospice is that the long-delayed event could be just the first of several.