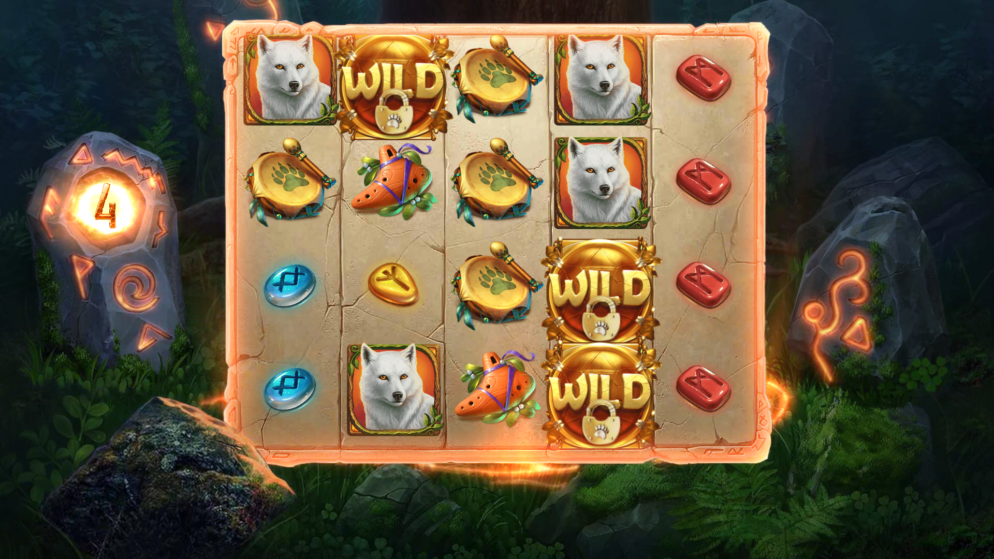 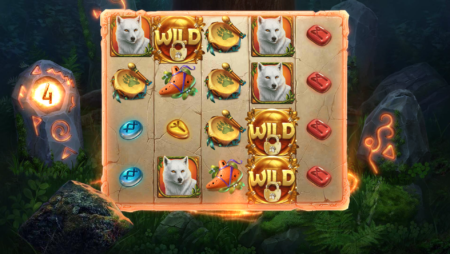 Along with the beautiful imagery and sounds, players will find a five reel slot machine featuring 40 paylines, Re-spins with Wild Charges, a Free Spins round, plus a Nudge feature to assist players. 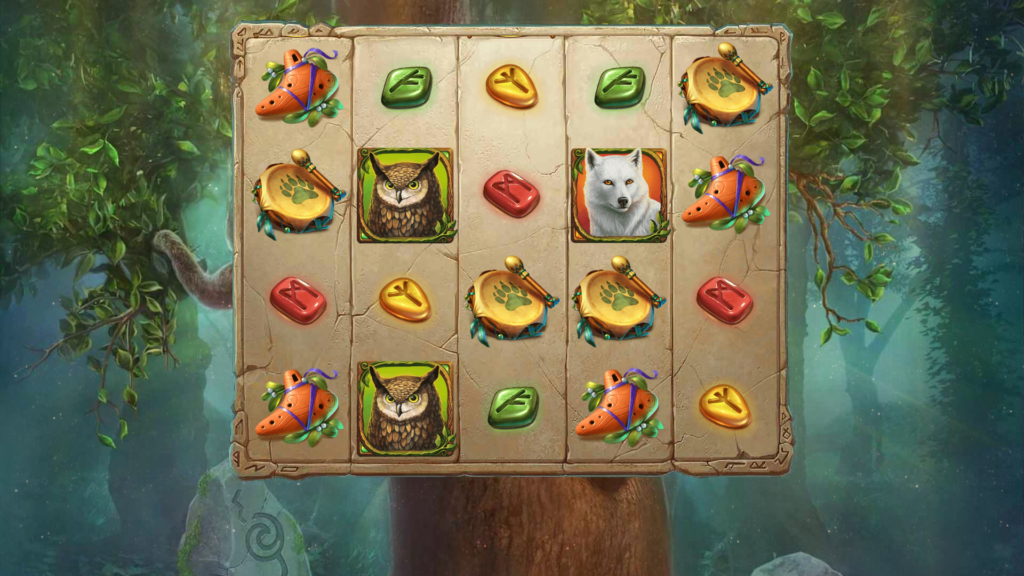 There are loads of Celtic and magical forest-themed symbols within the game that can appear on the reels.

All of the lower-paying symbols take the shape of different colored stones inscribed with runes.

The Wild symbol can land on reels 1, 3, and 5 in the base game, only on reel 3 in the Re-spins, and on the first and last reels during the Free Spins feature.

But take note that Stacked Wilds can land on reels 2 and 4 in the base game and Re-spins, and on reel 3 during the Free Spins.

Depending on how the reel lands, the Wild Stack can cover the entire reel or part of it.

Wild symbols can substitute for regular symbols on a payline, and also earn you a payout. As high as 100x your line bet, similar to the White Wolf. 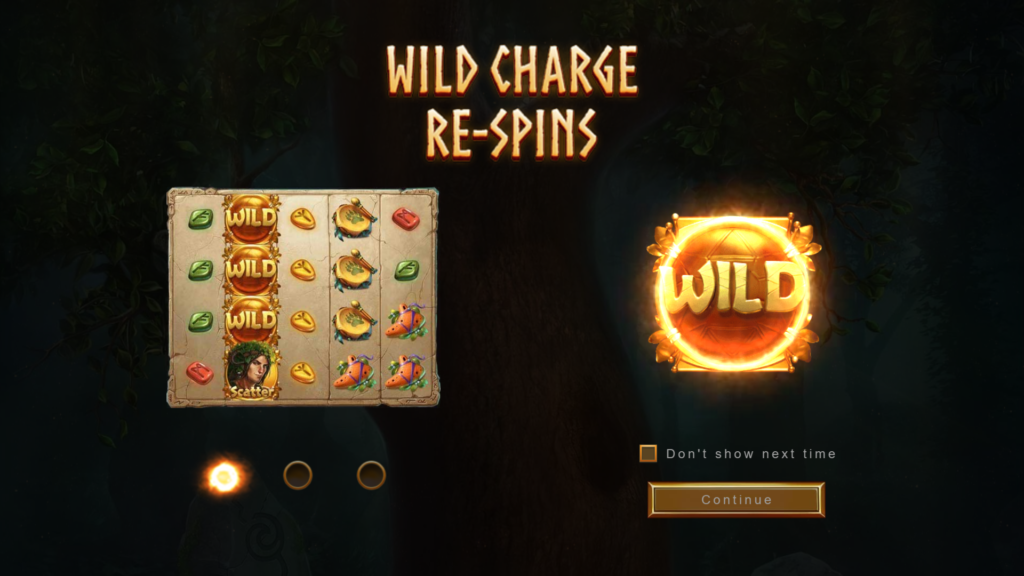 There are two Scatter symbols in Druids' Dream, the male druid, and the female druid.

When this happens, the Wild Charge activates. Charged with druid magic, every Wild on the reels awards a Re-spin and remains sticky on the reels until the end.

If you just missed out on a second Scatter during the Re-spin, the Nudge feature may activate, giving you another chance.

Only when the two druids are united and combine their powers will the Free Spins round start. Start the free spins round with six spins, plus one extra spin for every Wild on the reel.

Evey Scatter transforms into a Wild, and all Wilds are sticky for the entire bonus round. 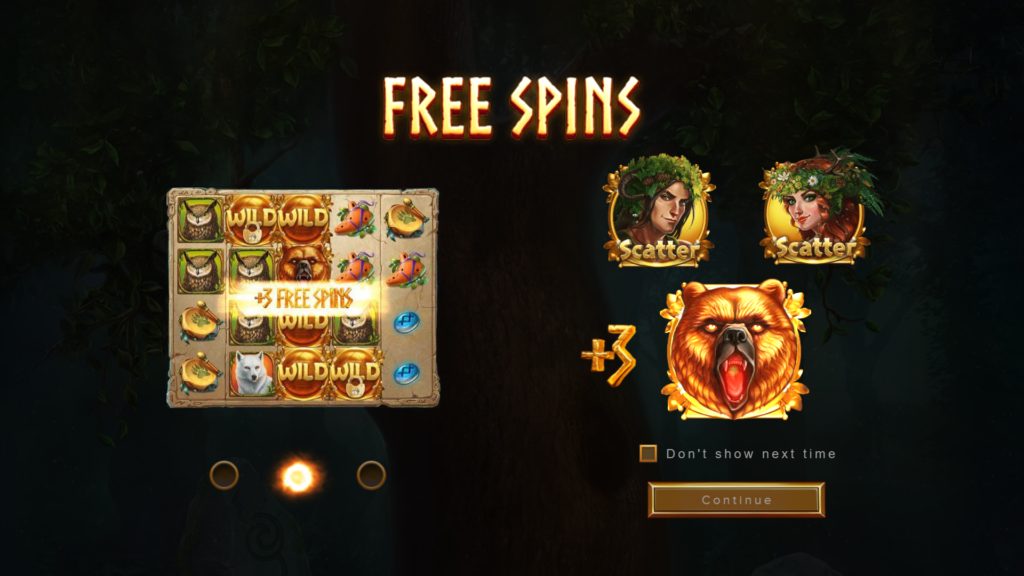 What NetEnt said about Druids' Dream

This slot is built around the story of two druids who are happily living out their lives inside an enchanted forest. NetEnt proudly presents Druids' Dream – a 5-reel, 4-row Win Both Ways video slot featuring Re-Spins with Wild Charge and Nudge features along with Free Spins.