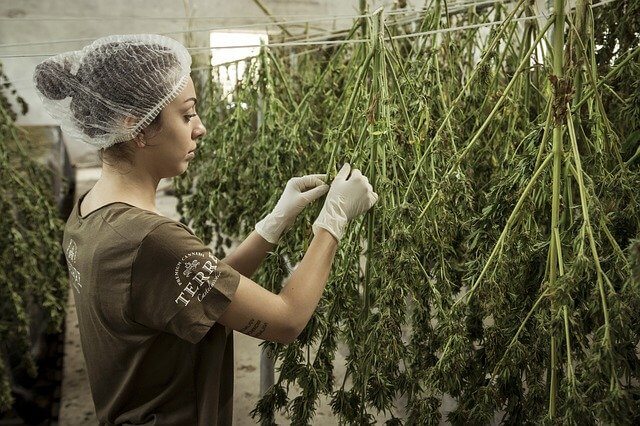 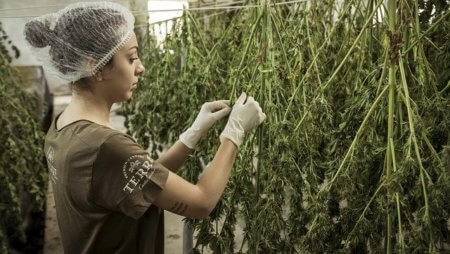 Two men have been arrested after a police raid this morning on the former Majestic bingo hall in Swinton Road, Mexborough revealed a large-scale cannabis factory had been located inside the building.

It is believed to be the latest in a series of police raids by South Yorkshire police on illegal cannabis farms in the Doncaster area.

Cannabis plants worth an estimated £2.18m were found and two men aged 29 and 38 were arrested on suspicion of the production of class B drugs. They remain in custody.

“At 8.30am this morning, officers executed a drugs raid on a disused premises in Swinton Road.

“A cannabis cultivation was discovered inside and two men have been arrested.”

“Police will remain on scene throughout the day to undertake a full search of the premises.”

The latest discovery of a former bingo hall that has been turned into a cannabis farm continues a growing trend of vacant bingo halls being used for cannabis growing. In January this year, police officers from Hyndburn Police, Lancashire found a cannabis factory with nearly 500 plants at the old Empire Bingo Hall on Blackburn Road, Accrington. In October last year, police discovered a drugs stash worth up to £1million in an old abandoned bingo hall in Inverclyde in Scotland.

However, it was in June 2019, that the biggest bingo halls drugs bust happened. Northampton Police seized more than 2000 cannabis plants valued at nearly £3million from a former Gala Bingo Hall in Kettering, just around the corner from the local police station.

“In Mexborough and the surrounding areas of Doncaster, we focus heavily on tackling organized crime gangs. The groups of criminals who operate in our communities cause misery for many, and we are relentless in our pursuit of those who control their activity.

“Cannabis farms generate essential income that drives OCG activity, it’s not a ‘harmless’ drug in any way, shape, or form. Often extremely vulnerable people are recruited to look after the grows, living in appalling conditions full of fear. Because of this, we invest significant resources in disrupting this activity and identifying those responsible.

“If you have information that could help us identify those who set up these farms it’s essential you come forward and tell us what you know.

The police raid on the cannabis factory in Doncaster is the latest twist in this historic buildings story. Opened in 1910 as an ice rink as the Olympia Roller Skating Rink it lasted a year before being converted to a cinema the Empire Picture Palace, which seated 1, 120 people

Bingo was introduced by Star Bingo on a part-time basis, whilst also serving as a night club and cinema. In 1962, films ended at the venue and the Empire Casino opened running full time bingo.

Since 1962 the venue has been used solely as a bingo hall under numerous different ownerships. Over the last half-century Star, EMI, Coral and Gala, Top Ten all operated bingo in the building still named The Empire. The Majestic Bingo chain took over from Top Ten until it was closed during the Summer of 2020, another victim of the coronavirus pandemic.