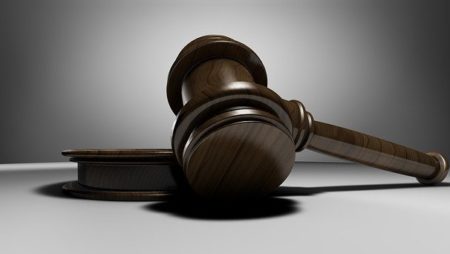 A 49-year old mother from Barnstaple in Devon has been found guilty of fraud, having stolen £34,171.50 from her disabled mother's bank account, to fund a four-year online bingo playing spree.

Sharron Morgan of Crosslands, Barnstaple stole the entire life savings of her mother Barbara Brown whio is termially ill, whilst supposedly acting as her carer.

In the case heard at Exeter Crown Court, it eas revealed that it was Sharron's own daughter that had reported the theft to the police having tried unsuccessfully to withdraw money an ATM machine just before Christmas. Having discovered just 18 pence in the account, Sharron's daughter contacted the police.

It later transpired that Sharron had been taking the money and lost it all gambling on an online bingo site. Sharron covered up the money's disappearance with a series of lies, including laying the blame on the bank's own computer system, when there was no funds in the account.

Sharron Morgan pleaded guilty to the fraud. She was given a two year prison sentence, suspended for two years.  Ms Morgan was also curfewed for six months and ordered to do 15 days of rehabilitation activities by Judge Timothy Rose. She has also started treatment for her gambling addiction.

“What you did to your own mother was exceptionally mean and profoundly dishonest.

“Whatever your own weaknesses and personal problems, and I accept you were not in a position of strength, or that you have not had a happy or easy life, you simply stole her entire life savings.

“She had a number of very serious conditions, one of them terminal. You may have had your own problems but you were more robust than your mother.”

Sharron who suffers from arthritis, started online gambling whilst taking painkillers with a high opioid dosage. She is living on state benefits and has been unable to repay her mother. However, the Halifax has refunded £28,000 to the terminally ill mother Barbara Brown.