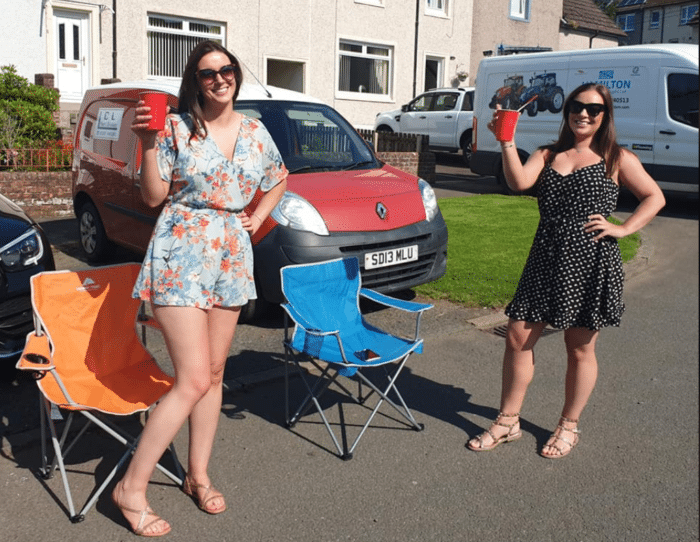 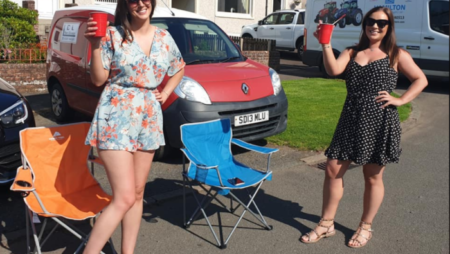 With the country teetering on the brink of a second lockdown, for one set of friends in the Cumbrian town of Cleator Moor, the bingo show must go on.

As well as entertaining the neighbours, the games of street bingo have raised thousands of pounds for several good causes. Money from the games has been sent to the children’s ward at West Cumberland Hospital, the Hospice at Home West Cumbria and for food collections. Money raised has also been used to support self-employed people in Priory Drive unable to work due to the coronavirus pandemic.

Eric, who came up with the idea for street bingo said:

“It’s absolutely great here, we moved here 10 years ago from Keir Hardie. It’s a great community, everyone looks forward to the socially distanced bingo every week. When we said we were having bingo everyone was keen, there are now 50 or 60 that do it. We do hot dogs and home made soup, and pop and crisps for the kids.

“We have a bingo raffle and neighbours pay £10 a line and £25 for a house for four games every Tuesday night.

“We did a food collection for the foodbank and collected four or five big boxes off Priory Drive and there are only about 40 houses (there are three cul-de-sacs and the street itself).”

“The bingo starts at 6.30pm and people arrive at 5pm, putting their seats out and music plays out and everyone is up for it,”

“At half time the food is brought out on a table, then we start bingo again.”

With winter and dark nights approaching, nothing will stop Eric and his friends from playing street bingo:

“If they bring their torches we will continue. We did it in the rain once, people came with their umbrellas.”

Good luck to the Cleator Moor bingo crew!. If you have a bingo news story to tell, drop us an email at contact@bingodaily.co.uk