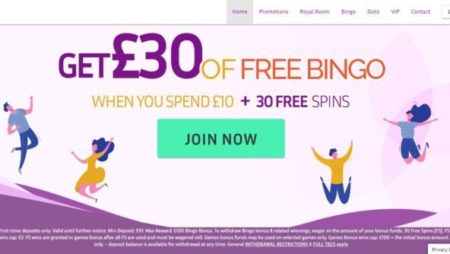 Bingo fans wanting to check out a new bingo experience are in for a treat, as one of the UK's oldest and most established bingo sites has undergone an impressive new revamp.

Unveiled last week, the site has undergone quite a dramatic overhaul, giving it a new sleek feel and much better navigational experience for the user.

Having already paid out millions of pounds in prize money to players, Chit Chat Bingo offers a wide range of bingo and slots games with big prizes and regular promotions.

Now, the site is much softer on the eye, offers a better user experience and overall, introduces a more harmonious flow to playing there.

An important change made at Chit Chat Bingo is that the new Snow White Lobby is now live. It makes it a much easier and quicker task to find the games you want to play, be they Bingo or Slots.

BingoDaily understands that as well as the site redesign, and tweaked logo, various other under the hood improvements took place in the revamp with the aim of improving the overall experience of the site.