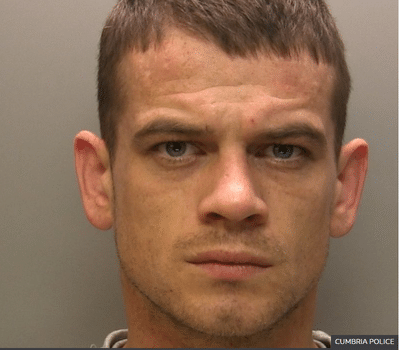 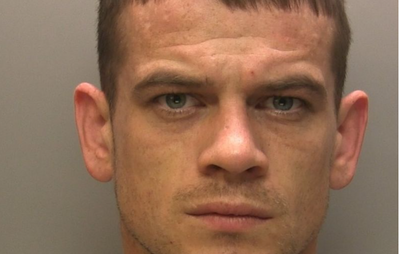 Kenneth Stilgoe, 33, who was responsible for the savage and unprovoked attack upon 80-year-old Marion Jackson in Buzz Bingo Carlisle, has been handed a three-year jail term this week by Carlisle Crown Court.

The father of four randomly attacked a man outside Buzz Bingo Carlisle on the evening of March 14th. Stilgoe had been out celebrating the overturning of a 10-year jail term for another violent attack.

had been drinking with relatives after being released from prison on bail. Stilgoe had successfully appealed against a conviction from a 2016 Christmas Day street attack in Cockermouth where a man was on the receiving of a vicious attack and was “left for dead.” He was awaiting a retrial date.

After delivering upwards of a dozen punches, Stilgoe left only to return 10 minutes later. He then prised open the doors to the popular bingo club which had been locked to prevent him from entering. Once inside, the thug from Carlisle clambered over tables and chairs before approaching the grandmother from behind.

The court was told:

“The defendant punched Mrs Jackson to the back of the head, forcing her to the table. He grabbed her, pulled her toward him and punched her again.”

After Stilgoe was finally restrained, Mrs Jackson was left with muscle and soft tissue injuries. The lifelong bingo fan said:

“I have never known pain like it. I thought I was going to die,” she later stated. “I will never heal from this. I just want my normal little life back.”

“One thing I know for certain is that I will never play again.”

Described by his barrister as “overwhelmingly remorseful,” Stilgoe admitted two counts of actual bodily harm and was given a 39-month custodial sentence for the two sets of violent offences.

Jailing Stilgoe, the judge said “These were two acts of appalling violence,” calling the random acts of violence “incomprehensible.”