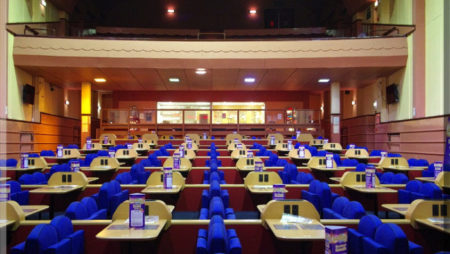 However, after clubs reopened in July and August, the numbers returning to their local bingo clubs have been disappointing.

Admittedly, people are still concerned over the pandemic, and rightly so. The age group most associated with bingo clubs in the age group most at risk. Although bingo attracts people of all ages, the majority of patrons are 55 years and over.

All bingo venues reopened have strict measures in place including enhanced staff training in order to provide the safest environment possibles. Most venues have had their capacity's reduced as part of the measures, but the reduced capacities are not the problem.

I think with lockdown, people have been fearful of coming out and we want to reassure them they are safe at bingo.”

“We are not seeing the very old customers coming back in since the lockdown ended. This may be because some people are still self-isolating, while others may be worried about safety at our bingo hall. We did not open when other bingo halls opened, so some people travelled to other towns because they were open before us. We want to get the message out there that we are safe and want to welcome our customers back.”

Janette McCracken, the general manager at Mecca Bingo Norwich had similar things to say. Ms McCracken who has worked for the company for 30 years said:

“In Norwich before Covid, in four months, we had two people win the top prize of £50,000,” she said. “They were both regulars and it was the same caller, they both got full houses. The money was in their bank accounts in a couple of days, it was great for the club but also for other customers as they realised it could have been them.”

“For me, I love the people, when we had to close because of coronavirus, I really missed talking to people and when we reopened, you noticed the noise, people who didn’t usually talk were chatting to each other.

“But people are wary of coming out and the longer they don’t, the more anxious they get. We need the regulars to return and for others to come and see how safe it is.”

The Norwich venue has a capacity of 1400 and would regularly attract 1000 people for a bingo session. However, since the reopening, the most they've had in an evening is just 200.