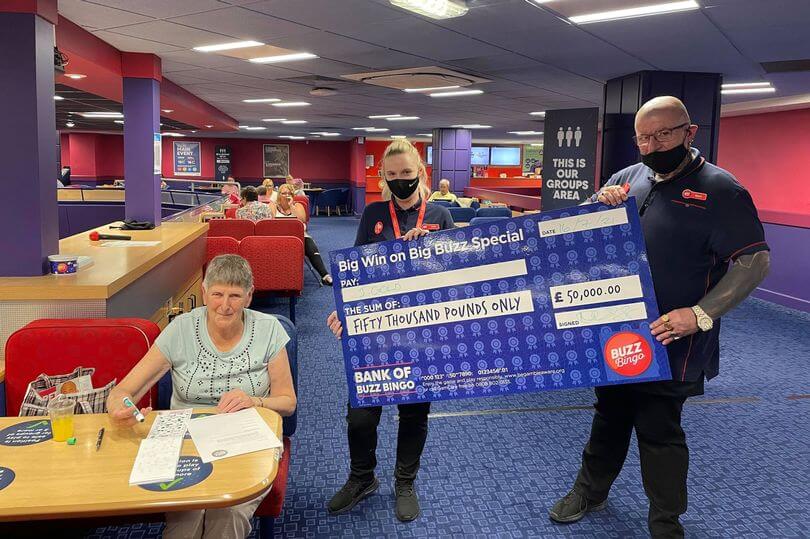 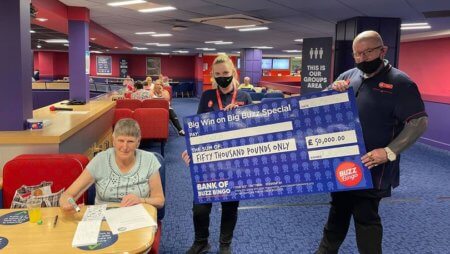 Not long after we reported the 20th winner of the Big Buzz Special Jackpot at Buzz Bingo South Shields, we have winner number 21 to report.

Just after South Shields local and bingo regular, Jeff Short, won a life-changing £50K, this week was the turn of Mima, a Stokie grandmother, who called ‘House' on the Big Buzz Special Jackpot at Buzz Bingo Hanley.

Mima had been visiting the Albion Street club with her friends four times a week for more than two decades before hitting the £50,000 jackpot.

Nicky Sanders, the club manager of the popular bingo club was delighted to see one of the regulars bag the jackpot, saying:

“We couldn’t be happier for our lucky winner, Mima, and her fantastic win.

“Everyone was cheering from their seats – it was such an exciting moment.”

“The atmosphere in the club when there’s a big win is always incredible, and we’re delighted to see another Big Buzz Special winner scoop £50,000, at Buzz Bingo Hanley.

“More than 20 people have won this £50k jackpot since clubs re-opened in May, that’s two winners a week, meaning Buzz Bingo has given away £21m in bingo prize money and over £1.1m in Big Buzz Special jackpots.

“On average we’ve given away over £2m a week in bingo prize money, which is incredible. It’s great to celebrate a win and have the rest of the bingo community celebrate that too.”

Buzz Bingo has barely been out of the bingo news since clubs reopened on May 17th. Between the National Bingo Game Jackpots and the Big Buzz Special Jackpots, Buzz Bingo clubs have proved a fertile ground for big wins.