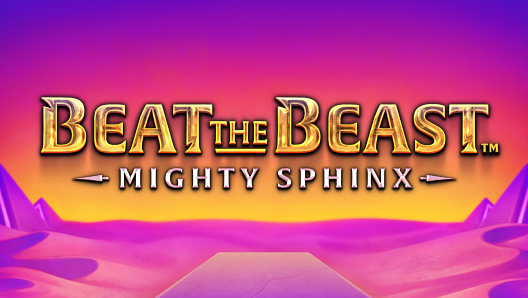 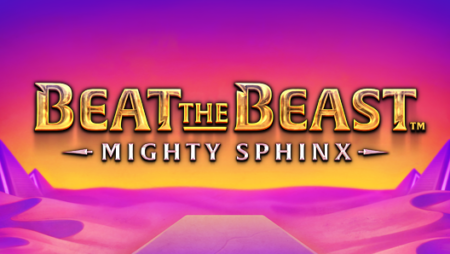 The action takes place across 5 reels, with a solid RTP of 96.14%, and high volatility. 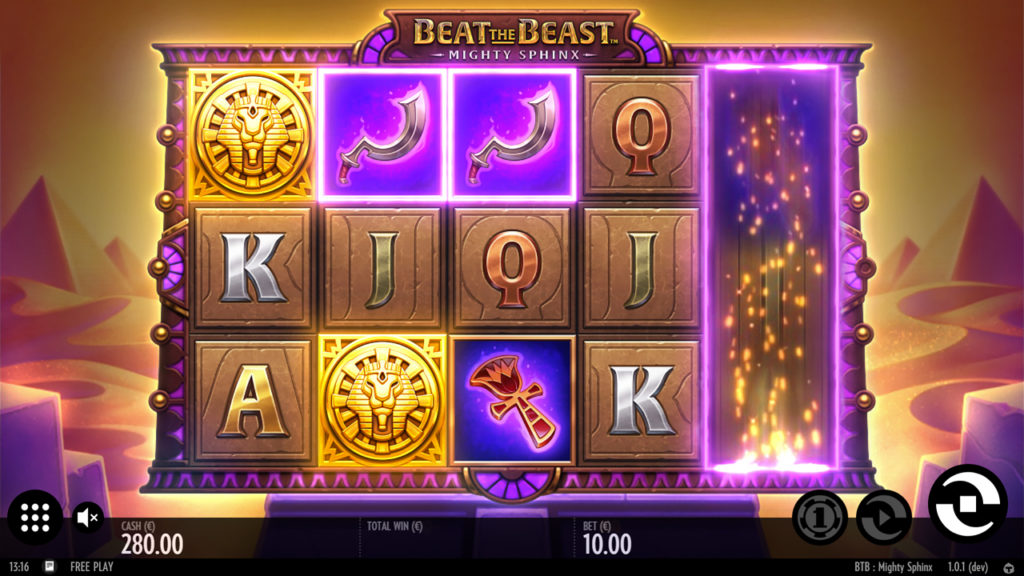 The paytable in Mighty Sphinx stays true to its Ancient Egyptian theme, and the symbols are split into High, medium, and low paying. Note that high and middle paying symbols only need two matching symbols to earn a payout, while lower-paying symbols require at least three.

The highest paying symbol is the Winged Sphinx, which can payout up to 250x your bet.

The lower paying symbols are A-10 royal cards: 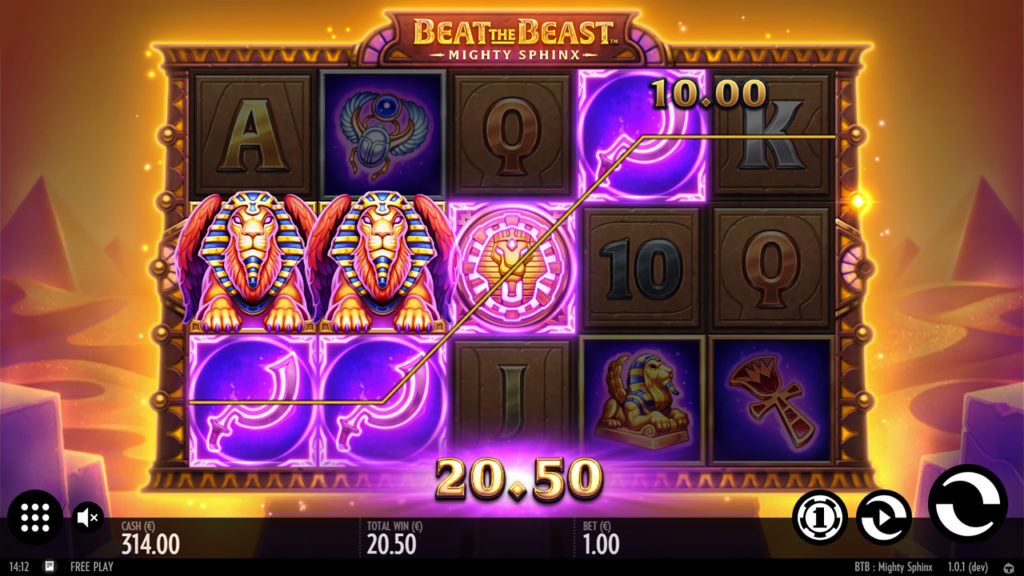 The Sphinx Emblem acts as both the Wild and Scatter symbols and can appear randomly on any of the reels.

As a Wild, it will help you form winning combinations by substituting for regular symbols, and as a Scatter can trigger the bonus round and even lead to high payouts for matching 3 or more. 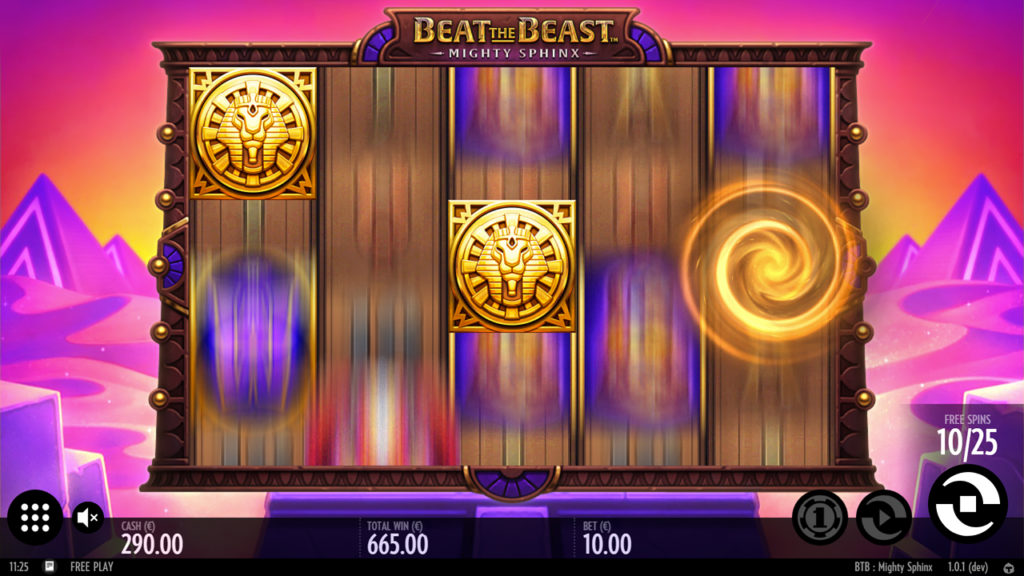 During the base game, at any random moment the Mystery Feature can trigger, where up to three Sphinx Emblems are placed on the reels. 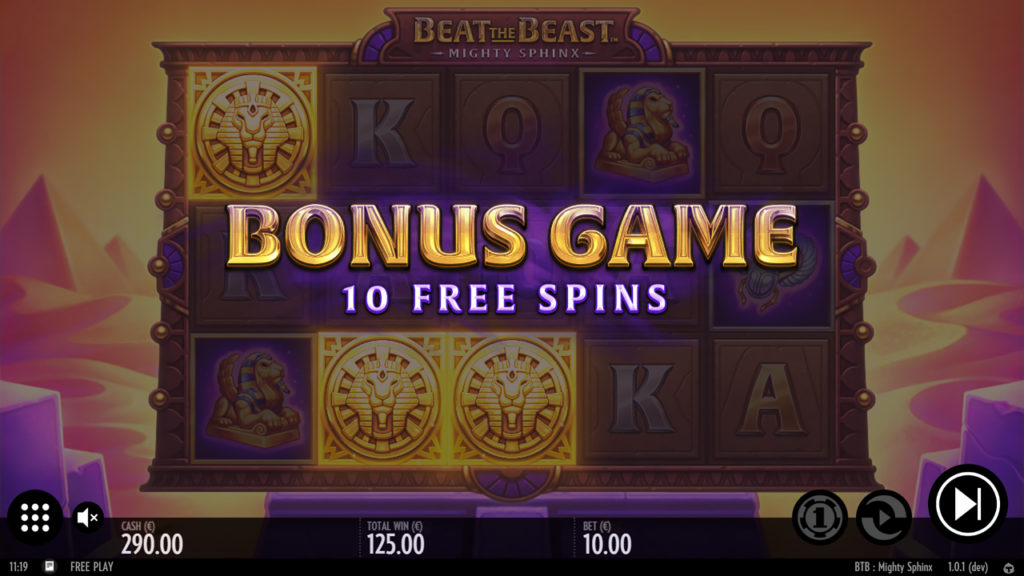 The game's highlight is the Sphinx Free

Spins bonus round which gives you 10 spins, plus some extra features.

At the start of each round, 1 to 3 Sphinx Emblems will be randomly placed on the reels, and if you land 3 or more you'll trigger another 5 free spins.

Plus, during each retrigger, one middle paying symbol will transform into a special Wild symbol for the rest of the bonus round.

What Thunderkick Said about Beat the Beast: Mighty Sphinx

Beat the riddle of the Mighty Sphinx and ancient treasures will be revealed. The game features a Mystery feature and a Bonus Game with free spins, retriggers and wild upgrades.

Play Beat the Beast: Mighty Sphinx at these top-rated sites: